French sealife you should avoid 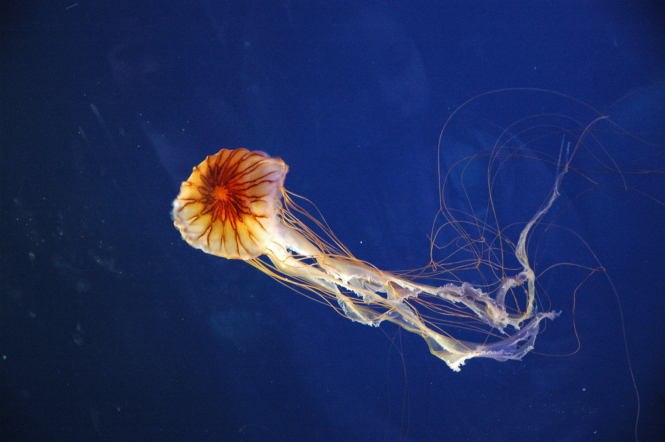 You are unlikely to come across any creatures which pose a real danger on a French beach but there are a few that could result in a trip to the doctor.

Stéphane Auffret, marine expert and director of the Océarium du Croisic, Loire-Atlantique, says one is jellyfish. He advises against touching any of them as they can all sting.

“There are thousands of species of méduse in the world” he said, “and about 10 which come to our shores. One of the most common is the chrysaora hysoscella, or compass jellyfish, pictured, which can be big, with a diameter of 30-60cm, and weigh up to 50kg, with 95% of its bodyweight being water.

“All jellyfish produce venom as that is the way they catch the plankton they eat, but in this species it is not very strong.

“Some people react more than others. My advice is not to take up any of the common remedies, such as peeing on the affected area or putting vinegar on it but bathe it in sea water and seek advice from a pharmacy or doctor.” He said that, in general, the longer and finer the tentacles, the more powerful the venom. Members of the public can report sightings (and non-sightings) at meduse.acri.fr.

He said weever fish (vive in French), pictured, which burrow under the sand, have venomous spines which can be very painful if you stand on one. Again, seek pain relief at a pharmacy or via a doctor. Sea urchin spines can give nasty cuts, but they are non-toxic.