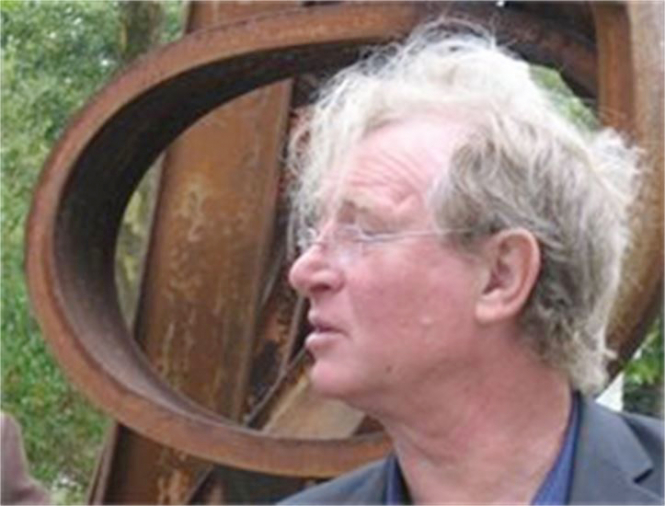 Sixty four-year-old Jean-Pierre Rives is a cult figure in French sport. As a flanker, he captained the national rugby team 34 times and was known for his bravery and determination on the pitch. He was nick-named the Casque d’Or or Golden Helmet due to his long, blond hair. In 1984, shoulder injuries meant he had to retire from the sport and so he turned to his second passion, art. He is now a sculptor and painter. He cuts and twists steel girders into extraordinary forms and his sculptures can be found in private and public collections throughout the world.

He has had major exhibitions in New York, San Francisco, Sydney, Brussels and one in the Jardin du Luxembourg, the first time sculptures had been on show there since Auguste Rodin’s exhibition more than a century earlier. He has the highest decoration in France, the Order of the Légion d’Honneur.

Why rugby when your parents who were keen on sport loved tennis?

My parents thought I was no good on the tennis court as I was slow and sluggish and so, because I lived in a rugby town, Toulouse, I tried that instead. The trainers thought I had certain qualities which were good for the game and I discovered friends, a second family. I was actually rather lazy and so it was pure luck which brought me into the game.

You said the trainers thought you had certain qualities – what were they?

I don’t know what you need to be good at rugby other than to love the game. You need to have a spirit of goodwill towards others. It is a question of love, love for your team. It is a game where you create something together. It is no picnic, but a fighting sport – sport de combat – and one of the only ones you can carry out in a team.

You said you are lazy, but you are known above all for your energy and persistence on the field. Isn’t that paradoxical?

It was when I was playing that I found that force. It was an energy which came from the others around me and which meant I could do things on the field that I could not have done elsewhere. It often took me a long time to recover afterwards. But when I was playing, I was taken over by the subliminal energy of the others. Even if you don’t do well in other areas, you can shine on the rugby pitch.

What are your best rugby memories?

I do not have individual memories; my best memory is being able to play rugby. I had a great deal of luck and was able to be in places where I succeeded when perhaps I should not have done. I met wonderful people, played with amazing players. Rugby is more than a sport. It is a philosophy.

What about your memories of playing against the British?

The Welsh and the English were always the most difficult teams to face and Twickenham was a magnificent stadium. I will let you into a secret, a favourite story of mine. The first time we played and won there, some of my team mates and myself went for a walk in the fabulous local park and we found a coke can. We hid it in a hole in a tree. And each time, four or maybe five times, when we came back to Twickenham we found that can of coke and rehid it. And each time we found it, we won the match. I don’t know whether it is still hidden in that tree.

In November, the host country for the 2023 Rugby World Cup was announced – with France beating Ireland and South Africa. Did you think they would win the bid?

Yes, why not. But I have another idea. I think the World Cup should not just be in one country but spread between European countries. Then it would be easier for families and children to go and see matches, without having to organise and pay for expensive travel. It is a Coupe du Monde, but I would like it to be a Coupe pour du Monde, a cup for everybody.

Does that mean you think rugby is driven too much by money?

I don’t know. It should be a question of the heart and not money. I have a certain idea, that it is a game which should be open to families and children. But I do not wish to judge the world as it is today. It is not as it was in my day when we didn’t earn a great deal of money. Things change.

French Rugby President, Bernard Laporte, has been involved in a controversy concerning a conflict of interests between his business and his club and the Ministry of Sport is holding an enquiry. Did that affect the chances for the World Cup and damage rugby’s image?

The Bernard Laporte affair is not over a question of money. He runs a business and he has got to eat, and so I do not see why he should not be able to continue running his business at the same time as working in rugby.

I have nothing to say against him. He is somebody who is passionate about rugby and that is what counts.

And the state of rugby in France today?

The French need a bit of punch. I think you have to have a “feeling” for the game and we want to turn it into a science. There are very thick books written about the game now but that doesn’t mean the writer knows anything about rugby. We need to bring back some passion into the game and have faith in our young players who are more handsome and stronger and better than we were. But we have to let them live the game. Too much technical talk is bad for it. Above all rugby is a magnificent game – and we must keep it that way, a game for the players and for their spectators who are their family.

How did you turn from rugbyman into artist?

My parents had some paintings on the wall when I was a child and I was always fascinated by their colour and form. I was lucky to meet the sculptor Albert Féraud, who I spent a lot of time with and who taught me.

It is not a talent. It is about being curious. I am just obsessed with shape and I work and work until I find the right form, which feels right to me.

Where do you get your inspiration from?

It is not really a question of inspiration but of working until it feels right. Even when I am not in my workshop I am thinking about my art all the time. I always have a project on the go. It is my thing and it makes me happy. Art is like rugby. It is the same. It is all about having a “feeling” and it is a way of life.

You seem to be very positive about your life?

I have had a magical life, I have lived a sparkling dream with wonderful people and above all with the magic of rugby. I am a dreamer. I do feel society has become too individualistic, everyone out for themselves and I do think you can only live well if you accept others and live for and with others.