France is the European country with most hunters 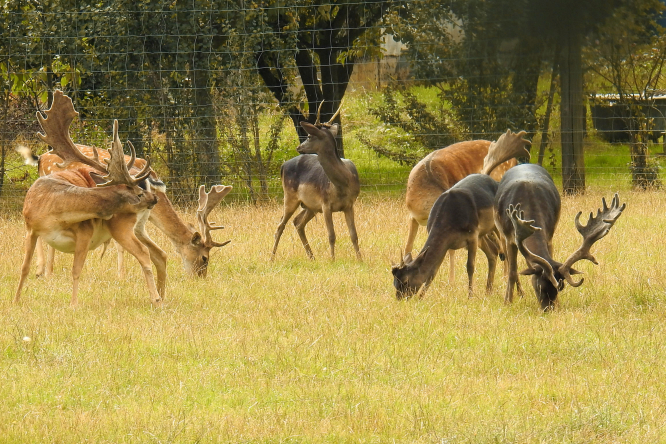 About 290,000 national hunting licences were requested this year in the run-up to the start of the new season in August.

It follows President Macron’s decision to halve the fee for national licences from €400 to €200.

The president has openly supported hunters, notably by allowing more flexibility on hunting dates and quotas of animals killed. He has also spoken in favour of reviving the defunct “presidential hunts”, to which business and political leaders and foreign heads of state used to be invited.

About three million people have a licence in France, and around one million hunt every year.

France is the European country with the most hunters. About three million people have a hunting licence and every year there are about 1.1million licence validations.

To hunt, you must have a licence, for which you have passed an exam.

This licence is valid for life but you have to validate it every year to be able to continue to hunt.

We have two licences – national and departmental – and the president has lowered the price of the national licence by half. It means almost one hunter in two now opts for the national licence. But it does not increase the number of hunters, it just allows hunters to go hunting in other departments.

Hunting is a popular activity, the third most popular leisure activity in France. It is a very rural activity and France is a very rural country, so this explains why we have so many hunters.

In terms of wildlife, because we have a rich country with a geographical diversity, there are more species hunted in France than anywhere else. Farmers and foresters often criticise hunters for not killing enough animals. They are the ones who ask for hunting periods to be extended so we can hunt wild boar and deer, because they damage their agriculture and forest areas.

When there are low numbers of animals, we do not hunt. There may be periods of one to five years when we will not hunt hare, for example, so numbers can rise again.

Another example: the grouse is an endangered species in the Alps and Vosges, and it is forbidden to hunt it there. But grouse are also in the Pyrenees, where we continue to hunt it.

The people who ask for a ban on hunting on Sundays are not in favour of a better sharing of the space but are against hunting in general. It is absolutely normal that people want to go for a walk in the forest at the weekend but when we hunt it is sometimes on private land, so the hunter is at home. In this case, we only hunt in 25% of the territory of a commune so the rest is still accessible to everyone.

The rule is also to inform people of where hunting takes place. Some departments have apps where you can see maps of the hunting areas. There are also signs for hikers and anyone passing by. Safety is the priority.

Hunting, like fishing, has long been a subsistence activity and so people used to help themselves in nature and it had its purpose.

Today, for the majority of people, it is a hobby, just like football.

It is not necessary for the environment as the pro-hunt lobby is trying to make us believe. Nature does not need hunting. Species have diversified over time without humans. Hunting today produces more undesirable effects than benefits, notably pollution, lead pollution, and disturbance.

Often we use disease as an excuse to destroy a million foxes each year. This is huge and all under the pretext that it is necessary to balance nature.

Excessive culling is actually one of the causes of the scarcity of species, as well as pollution and artificial environments.

France hunts more species than any other European countries. For example, 64 bird species, twice as many as the European average. And of those 64, 20 are endangered. It is incomprehensible that we continue to shoot endangered species.

It is not normal that every time we try to create a protected natural area for some species, hunters oppose it.

Hunters use the caller method, which consists of using an animal to attract others and shoot them. These animals are put in small cages, where they stay for hours in horrible conditions. There are animals that are tied by their tails and pulled to make them scream. There are strangled animals, animals crushed under stones, under the pretext of traditional hunting.

People are not taking hunting in the right direction. If the rules were applied properly, it would be a good first step.

We have a Ministry of Hunting, not Ecology. The lobbies are so powerful and Macron sent positive signals to the hunters by giving them huge gifts.

Hunting dates vary but the hunting period is often extended by prefects on request under the pretext of species regulation. For game, it starts on August 1 and must end on January 31 but it is often extended to eight months. At this rate, it will soon be all year round.

We should at least have no hunting on Sundays. We want to be able to go for a walk, pick mushrooms, etc. We need to learn to share space, and accept that one day in the week there is no hunting.