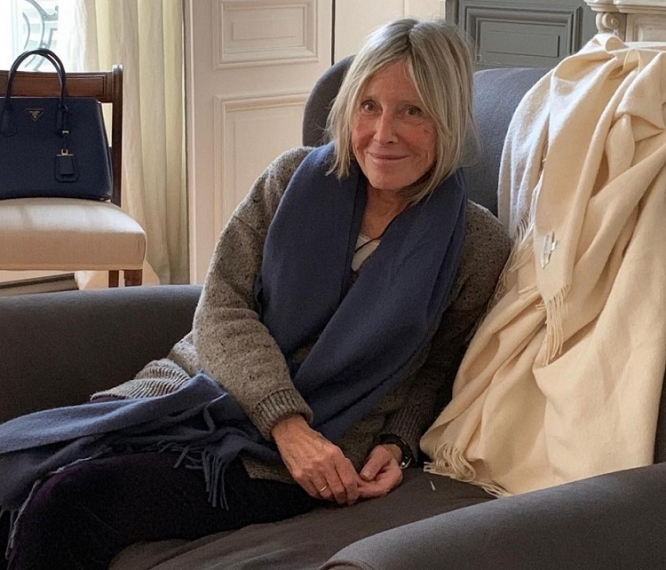 A French woman who announced in 2018 that she had set a date to die even though she was not terminally ill says she will go ahead with it this year – but later than planned.

This is partly because she says she is currently enjoying life.

Right-to-die activist Jacque­line Jencquel, now 76, says she will not make the new date public so she is not in a media spotlight in her final days.

The issue of medically-assisted suicide has come to the fore in court cases in Switzerland, and a doctor from Ile-de-France was suspended pending an investigation after he illegally administered a sedative in the homes of seven terminally ill patients.

Ms Jencquel, who lives between Paris and Switzerland, revealed her plans in 2018 in her blog on the site of Swiss newspaper Le Temps. “I’m not prepared to live as an old woman for too long, it’s a pain in the neck,” she wrote.

Her story blew up after a video interview on a pop culture website and Connexion spoke to her shortly afterwards (tinyurl.com/yjw56n4k).

In Switzerland, people can make an informed decision to die by turning a tap to self-administer, via a drip, a doctor-prescribed solution which is rapidly and painlessly fatal.

They must decide when of sound mind and under no duress, and those assisting must not have “selfish motives”, so organisations such as Dignitas are non-profit-making.

In her blog (blogs.letemps.ch/jacqueline-jencquel) Ms Jencquel wrote that “old age is an incurable illness whose prognosis is always fatal”. She also told Connexion in 2018she suffers various health problems and no one is really well at her age.

Lifecircle, a Swiss association she has contact with, supports self-determi­na­tion for those who consider their lives are unbearable.

Ms Jencquel said: “I’ve put it off for six months, partly because the doctor who was about to help me has been going through a terrible trial.

“Very religious people in Switzer­land are trying to make a point and would probably not be happy if she helps me because they’re under the impression I’m in perfect health.”

The trial, in which the doctor was acquitted, alleged she failed to make sure one patient was totally of sound mind. “That’s one reason I’ve put it off. The other is that actually I’m enjoying my life and am not in a state of despair or misery. I’m looking forward to living through another spring.

“But I’m not going to go past this year because that’s the limit for me, I have absolutely no doubt about that.

“I’m 76 already and it’s an age I just didn’t want to pass. I’m sure at a certain point it catches up with you and your joints ache horribly or you’ve got an incurable disease. Then you don’t know how your brain will react.”

Ms Jencquel considers that 75 is the start of the “winter” of life, when health and enjoyment rapidly decline.

“When the day comes, I will write a farewell letter in Le Temps and there will be a book published by Editions Favre in Lausanne, in French.

“I’ve accomplished all that I wanted to. I had a great time and that’s it. It’s a good moment to take that decision.

“I don’t understand why people are so interested in me. I’ve tried to make people think, but there’s nothing more normal than an old person dying.”

Swiss bishops recently attempted to have her blog shut down for allegedly inciting suicide, but Le Temps successfully argued the right to press freedom.

In Geneva, the vice-president of Swiss assisted suicide society Exit was convicted last year of enabling the death of an 86-year-old woman who did not want to outlive her husband, who was dying from leukaemia.

Ms Jencquel said she thinks the woman’s decision was legitimate and “there is a general tendency of trying to go against personal freedoms”.

She said she has now been asked to show more evidence of disease and disabilities, but “I’m quietly producing all they want and the moment will come, and that will be it, and it’s fine”.

She has been following the case of a GP from Seine-Maritime suspended after giving a strong sedative to patients who subsequently died.

French law bans assisted suicide, but permits “deep and continuous sedation until death” for those very near to dying, to ease suffering, even if the consequence may be a quicker end.

However, this is not allowed outside hospital or hospitalisation à domicile, where a person’s home is officially turned into a temporary hospital.

The doctor is accused of harming the patients but 343 doctors have signed a petition supporting him. He admits it was an error but says he only did it to ease end-of-life pain.

She suspects there are “economic interests” involved, with pressure from pharma and nursing home companies against further relaxing the laws.

She has three sons, but they are dispersed around the world and she has a largely separate life from her husband. She says she is too old to play with her grandchildren and they are too young to have conversations with, so she feels they will not miss her too much. She also hates the idea of becoming dependent. “I’ve discussed these issues with my family and they know my view that when you’re just prolonging something that’s not really life anymore it’s not worthwhile.”