Will closer union be EU’s future or downfall? 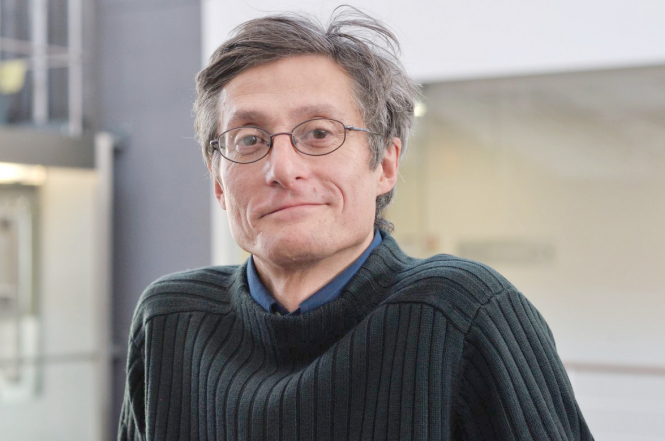 “When we speak of 60 years of Europe, it gives an impression of a single continuous vision, whereas it was actually thought up bit by bit and not always in exactly the way that was intended,” explains EU politics expert Philippe Juhem.

“At first people didn’t see much difference. It’s only with the creation of the single market in 1993 and the lifting of all the barriers, that what existed as an idea really started having various consequences, depending on people’s economic sectors and social class. Then the single currency arrived and increased the effects of competition.

“Before, countries could deal with it by devaluation, which made it easier to deal with. If a certain sector, or the whole country, became less competitive because of inflation or because of concessions made to workers, they could re-establish competitivity. This was no longer the case, so strategies of lowering prices of products, like Germany does, had more impact on other states.
“At the same time we had a political discourse that Europe is about peace and cooperation. So a lot of people were displeased because what they were experiencing – tougher economic competition, sometimes with firms relocating to other countries or closing or using foreign workers – clashed with the celebratory message.

“People started saying to themselves ‘Europe is for big companies and politicians, but the risks weigh on the low-ranking employees’.”

Another element was Europe slashing import tariffs for other countries, notably China in the 1990s, Dr Juhem said. “It meant European countries were operating in a more globalised environment, and so industries that were labour-intensive, such as textiles, or electronic goods – which are no longer made on our continent – faced stiff competition. Overall the continent probably benefited [eg. from being able to trade with the Chinese] but there were winners and losers. Sectors which benefited – such as banking – didn’t compensate industries that lost out, such as firms which had been competitive in a European marketplace but weren’t when products arrived made with intensive Chinese labour.

“In some sectors of the population, that gave Europe a bad image but the elites didn’t understand. They didn’t want to compensate the losers, they denied there were any – they said ‘they’ve just got to adjust and adapt’. But for an unskilled worker who is sacked, it’s hard to adjust.”

Dr Juhem added: “In fact there have been several Europes. In 1958 to 1980 the community rules coexisted with a lot of national arbitration rules: there were strong nationalised industries, certain sectors which were outside the [single] market, the borders of Europe were protected by customs tariffs, China wasn’t so developed and a lot of labour-intensive production was done in Europe.
“The idea of Europe was seen as very positive; there were advances but states retained rights to arbitrate or to compensate those who lost out due to the creation of a common economic area.
“But from the creation of a big single market in 1986-1993, we moved into another Europe, but with the same discourse from Brussels and from leaders in the capitals: that it’s about states joining together to create a Europe that will benefit us all.

“At the same time, rules were changing: tariffs dropping, competition increasing, even in the national industries like energy and transport… so things got tougher for certain sectors and we saw the rise of parties putting an alternative view.”

Such measures also brought lower prices and higher standards due to stricter norms – but those losing out could not weigh this up. “Some bosses were ruined and employees could not find jobs.”
The complaint heard in France that prices went up when we changed to the euro is “not necessarily true, but is a rather vague and nostalgic way in which people express their feelings of dissatisfaction and a certain loss of control.”

In France, euroscepticism arose among the nationalist right and part of the radical left, which makes a ‘Frexit’ less likely, because it is not supported by the political or business ‘establishment’.
As for the future of Europe, the influence of Germany is crucial. “It is pursuing a ‘neo-mercantilist’ economic policy: increasing its trade surplus [exporting a greater value than it imports], which is now the world’s largest; lowering social security costs and state and local government costs; and firms are encouraged to buy cheap components from eastern Europe. As its industry is strong, economic activity is attracted to Germany away from other euro zone countries, which causes them difficulties due to their different political choices, and debt increases. Germany’s view is that the others should change, by changing their work markets and lowering salaries.

“It’s hard to know how this will be resolved – it’s creating a worrying instability. What should have been a zone of economic cooperation has become a zone of extreme competition.”
A more ‘federal’ approach could be one solution, Dr Juhem said, but if it was introduced suddenly, without a lot of education about its benefits beforehand, it would cause nationalistic protests.
Federalising the euro zone’s social security could even out inequalities between countries, with the result that countries with good birthrates pay for the German pensions and German business pays for the health services in the south – except that this would represent more cost for Germany in the short term, which it is likely to oppose.

Other euro zone countries could also be given the right to scrutinise Germany’s economic policies. “It doesn’t spend enough and its consumption is too low; its trade surplus unbalances the euro zone. If the neighbours can influence it, its spending can increase, allowing businesses in the other countries to fill up their order books.”

Alternatives could be abandoning the euro, which national and Brussels elites do not want but which might allow countries to become more competitive in the old ways – or southern Euro­pean countries could accept to pay lower salaries, though it may be politically dangerous with protests from left (unions) and right (nationalists).

“So, the solutions are difficult because each is likely to face strong opposition,” Dr Juhem said.