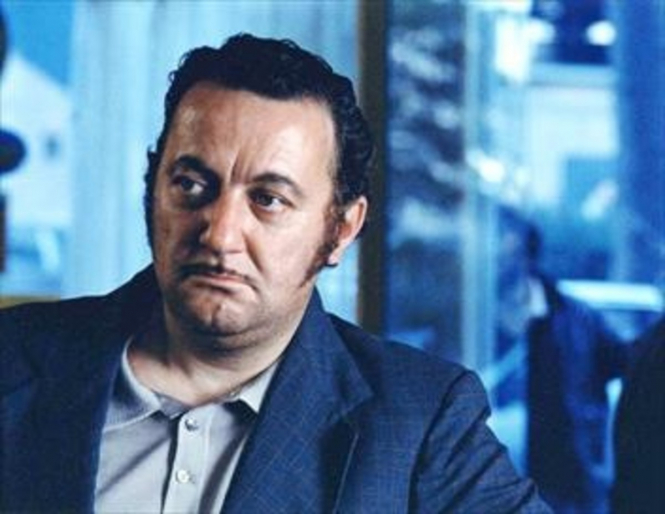 Comedian and actor Michel Colucci (1944-1986) – better known as Coluche – was famous for his trademark hairstyle, and his irreverent and often profane sense of humour.

But his lasting legacy is the Restos du Coeur homelessness charity.

Born in Paris, he and his sister were brought up by his widowed mother on her meagre wages as a florist.

Young Michel was not particularly motivated at school, acting as the class clown and making fun of the teacher.

Having left school in 1958 (aged 14) he drifted in and out trouble with the police, and tried various jobs – including waiter, delivery boy, apprentice photographer, assistant in a pharmacy, greengrocer, and florist – until in 1964 he joined the army at the age of 20.

His mother gave him a guitar for his 21st birthday, which he taught himself to play.

He quickly found that music was more to his taste than life in the army, where he was – almost predictably – jailed for insubordination.

Back in civvy street, he worked in his mother’s shop as a florist but walked out, leading to a long-lasting rift between them.

He tried his luck playing guitar and singing in cafés and managed to make something approaching a living.

More importantly, he also made a network of contacts in the entertainment business, and finally he turned to comedy, becoming a founder member of Paris’s most famous fringe theatre the ‘Café de la Gare’.

Many of the other founders also went on to become famous, but because of a drinking habit, Coluche did not work there long.

During the 70s he began making appearances on radio and television, and in minor film roles, and then founded another group called ‘Le Vrai Chic Parisien’, but again his addictions led to him leaving the group.

In 1975 he married Véronique Kantor.

They had two sons together, Marius and Romain. But his addictions and difficult behaviour meant he was once again working solo.

It was at this point that he developed his trademark look of white tennis shoes, stripy blue dungarees and yellow t-shirt, and became famous with a parody of a TV game show.

He was still a rebel, however, and still risked getting the sack for going too far. His sense of humour was acidic and sarcastic, his targets were society’s moral and political values, and he did not pull his punches, although he was never merely vulgar for the sake of it.

Nowadays, many comedians use the same techniques, but at that time he was breaking new ground.

In 1980, he announced that he was running for president, and polls showed that around 16% of voters supported him.

Satirical magazine Charlie Hebdo organised a campaign, proclaiming that he was the only candidate with no reason to lie. He withdrew from the race, however, after pressure from the main parties.

In 1981, he and Véronique divorced, after just six years of marriage.

It was the start of a particularly chaotic period in Coluche’s life, marked by excessive consumption of alcohol and drugs.

He posed for a magazine cover carrying a .22 rifle that he then gave to his friend Patrick Dewaere.

Living in Guadeloupe, he persuaded Patrick’s wife to leave her husband and join him there. Patrick subsequently used the .22 rifle to take his own life.

In 1983, he starred in the gritty drama Tchao Pantin (main photo above) and won a César for Best Actor, which accelerated his film career.

Alongside filming, he became increasingly engaged in charity work.

He lobbied extensively for the Loi Coluche (1988) which allows private individuals or businesses to deduct 75% of their donations to certain charities from their income tax.

In response to the famine in Ethiopia in 1984, he sang on SOS Ethiopie and took part in the SOS Racisme concert.

In 1985, he launched the Restos du Coeur association to provide homeless people with meals during the winter.

He made the announcement on the radio in a famous speech that began “I have a little idea...”

The same month that he announced the foundation of his charity, he also set a world speed record (252kph) on his 750cc motorcycle.

Less than a year later, aged 41, he died when his Honda 1100 was involved in a collision with a truck on a winding road near Grasse (Alpes-Maritimes).

His funeral was conducted by Abbé Pierre.

While France, as a nation, went into mourning, conspiracy theories surrounding his death abounded, a record Putain de Camion (Damned Truck) was recorded and a book was written.

An annual fundraiser was established that still runs today. It is staged every January, and the stars of which call themselves Les Enfoirés – which is not a polite word!

The event – and linked annual charity single – raises about €10million annually for the Restos du Coeur which has now grown into a massive organisation, almost totally run by volunteers.

“We don’t just provide free meals, that’s more or less just an entry point via which people find us,” said Sophie Ladegaillerie, who volunteers with them.

“We work all year round, and when people come to a centre, we talk to them and try to uncover the problem so we can give legal assistance, or help them get benefits, or healthcare or whatever.

“Administration is so difficult in France, people get depressed, overwhelmed and don’t even apply for benefits.”

“I volunteer at a canal boat in Paris where 70 people sleep every night, for example.

“We also have flats all over France that we rent to people in difficulty. We also help them find training, learn how to present themselves properly, write a CV, do an interview, and we have partners who give people short-term employment contracts to ease them back into the world of work.”

The basic thing, she says, is listening and caring about what people say.

“We try to build trust so we can understand and help.

“All sorts of people come to us: students who can’t finish the month, retired people, workers in badly-paid, insecure jobs, workers with large families – and outsiders, people who for one reason or another don’t fit in.

“Some have mild psychiatric disorders, people who grew up in children’s home, violent people, people who get divorced, or sacked or they get ill.

“Once people lose their footing, it can be hard to get back into the race.”

She says living on the street inflicts such damage on people that they often struggle to fit back into mainstream society afterwards.

“A lot of single women with babies come to us. We even have Restos Bébés where we give out nappies and formula.

“One of the other important things we do is arrange holidays, because it’s very important to do normal things, go on holiday, access culture and leisure activities, have days out.

“When you’re poor you don’t do anything the same as everyone else. You don’t buy new clothes, you don’t go to the hairdresser, you don’t see a film or have a picnic and so you have less to say, you are more excluded – you lose confidence and down you go.”

“The stuff that we all find hard is even harder if that’s all you have in your life. Doing that demands energy and courage that most people don’t have, so we support them, help to give them a reason to continue.

Restos du Coeur has 72,000 volunteers who work in 2,000 centres all over France, but the association is always looking for more people to help, especially in the run-up to Christmas when they need people to wrap presents in supermarkets in exchange for donations.

“We need everyone, some people come and chat and help with meals, others have specific skills, like teaching, cooking, gardening or accounting.

“We will always find a place for volunteers, and we especially need English-speaking ones.”

Being able to volunteer regularly over a long period of time is the ideal, but in March they need volunteers just for a few days to organise grocery collections in supermarkets.

G’day Sheila could have been b’jour Bruce
16 August 2019
More from Profiles
More from Connexion
Get news, views and information from France
Join the newsletter
Subscribe to The Connexion