'My experience of being a district nurse in France: C’est différent' 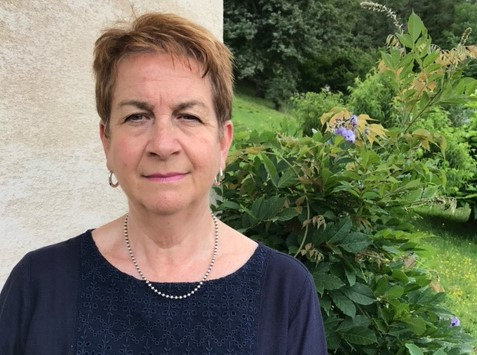 Talking of the differences of nursing in two countries, compared to the British, French nurses take a very technical approach, says Alice Denot: 'They put less emphasis on compassion and empathy' Pic: Courtesy of Alice Denot

Alice Denot was a hospital theatre nurse in the UK, so when she and her husband Richard decided to move to France from Somerset in 2003, she made sure she got all her papers sorted out so she could continue her career.

However, there were plenty of differences after she became a French infirmière libérale, a self-employed district nurse.

'My French was OK when we arrived, but it was still a steep learning curve'

She found the system very different from the UK too.

In France, most district nurses are self-employed, so although they often work through a cabinet with a team of other nurses, they have to do all their own paperwork. They are paid by Cpam for each visit they make, so it is essentially piecework.

“However, you have to pay your transport expenses, your car and petrol, social security contributions via Ursaff, and tax. So you take home just under two-thirds of what you earn and it’s hard work.”

She says that compared to the British, French nurses take a very technical approach. “They put less emphasis on compassion and empathy. The system puts enormous pressure on district nurses, and they often simply don’t have the time to talk to people.”

She has also been surprised by some of the houses she has visited over the years.

“I visit people in luxurious chateaux, and yet I’ve also visited people with no inside toilet, no bathroom at all, people living in just two rooms, with limited electricity, no heating, no hot water, stamped earth floors.”

Her 12 years as a district nurse were full of funny moments.

“I remember being sent to take a blood sample from a man who lived down by the river. My boss told me to take wellies and an umbrella, but the weather wasn’t that bad. So when I got there, I rang the bell and waited at the gate.

“It turned out that you had to wade through an extremely muddy garden and across a stream to get to the house, and the path was guarded by a goose.

“So I set off down the path in my sandals, with the man beating the goose away with an umbrella, and I slipped over. I was absolutely covered in mud.”

Another funny moment was having to go back and take a second blood sample from a woman because a first sample had coagulated.

“It turned out that she had gone to a funeral, so I went to wait for her at the cemetery, but she was chatting so much that in the end I took the second sample right there in the graveyard.”

Mrs Denot says people were suspicious of her at first because she was foreign, but that did not last. “Once people trust you, they can be very generous and start giving you presents, which can be a bit embarrassing.

“One time, I visited someone on her birthday and I had mentioned that it was also my birthday, so when I got there, she had made a cake. She also offered me a cup of tea but I said I only liked it with fresh milk, so she sent her daughter out to milk one of the cows.

“It was the best cup of tea I ever had, and she sent me home with the rest of a litre of fresh milk. People can be very kind and very thoughtful.”

Mrs Denot has retired now but says the worst part of her job was setting off at 5:00 in four inches of snow. “Also, breaking down in the middle of nowhere with no phone signal is bad. Driving round the district, you never know what you’re going to find – there could be a tree fallen across the road, or anything.”

All in all, however, her memories are good. “I know loads of people round here now, and I’ve learned all the back roads in the area. It was very rewarding and satisfying and, of course, in rural France you never have a parking problem.”

Recently, she has been helping out at her local Covid vaccination centre, which opens on Wednesday and Thursday afternoons. So far, they have given around 6,000 Pfizer vaccinations.

“Most people here have been done, so we’re vaccinating 12-18-year-olds now. We still need a big campaign to encourage 18-30-year-olds to be vaccinated.”

‘The French are terrified of grey hair and wrinkles’

17 hours ago
4
France considers petrol cheques: What are they, who would benefit?

Lawyers in France frustrated over new wills law
21 October 2021
More from Profiles
More from Connexion
Get news, views and information from France
Join the newsletter
Subscribe to The Connexion