Napoleon: Should France mark the 200th anniversary of his death? 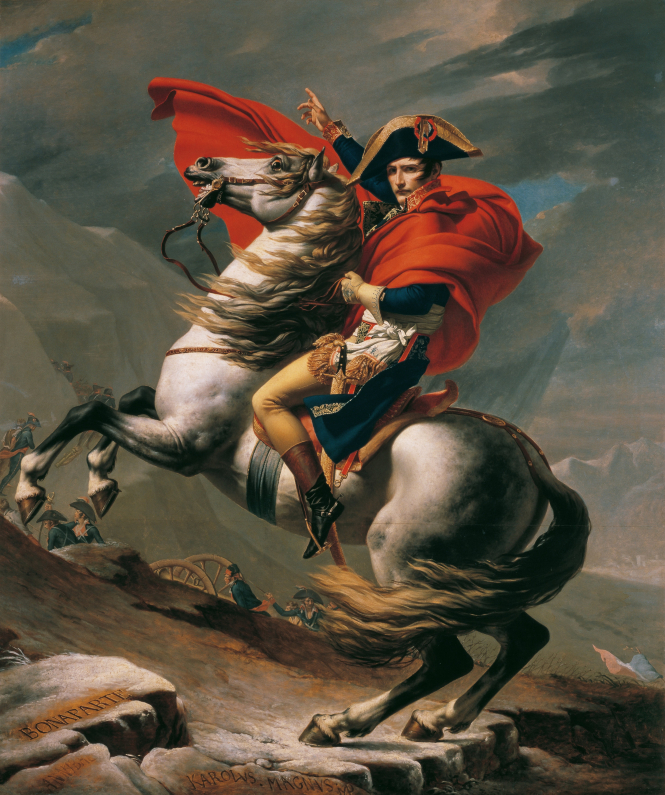 Napoleon Crossing the Alps by Jacques-Louis David in 1805 Pic:

Plans to mark the 200th anniversary of Napoleon Bonaparte’s death in 1821 have reignited debate about how modern France should view him.

The legal Code, a modified version of which is still in force, reflected “overtly sexist and misogynist” politics, she told RTL Radio – especially article 324, which said a husband could be excused if he killed his wife after finding her in bed with someone else.

His military genius is also acknowledged but Dr Larrère said: “He was a brilliant strategist but is that what we want to celebrate these days?”

Others, such as essayist Louis-Georges Tin, say the anniversary is time to transform Napoleon’s Paris tomb in Les Invalides into a museum of the Republic’s history.

He argues that Napoleon’s role in restoring slavery to Guadeloupe, where he had earlier abolished it, and confirming slavery in other places such as Martinique and Réunion, as well as his failed and bloody attempt to put down the slave rebellion in what is now Haiti, mean he should not be glorified. Farleft politician Alexis Corbière, a history teacher, called Napoleon the “gravedigger of the Republic”, due to his dictatorial politics and heavy military losses.

He pointed too to the rules and regulations, including carrying a pass, imposed on workers in during the empire.

Historian Arthur Chevallier, one of the curators of a major exhibition in the Grande Halle de La Villette, running until September, said critics miss the point:

“He is such a major figure in French history and shaped society in so many ways that we have to mark the anniversary. It is important the event is marked – if only to bring to the public significant new interpretations of history in the last 30 years.”

He said a better understanding of the relationship between Napoleon, the Empire and the people was vital. “When he crowned himself emperor, Napoleon swore an oath to keep the values of the French Republic, and that is something which is forgotten.

“Given the history at the time, it’s unlikely he would have survived as long as he did without the consent of the people."

Also changing is the idea that Napoleon’s military campaigns were driven by an urge to conquer the rest of Europe.

“We are more aware now of the attacks from all sides which faced France at that time,” he said.

“Military campaigns were defensive rather than deliberately offensive, but he did get carried away by the need for success, which led to the disaster in Russia.” Dr Chevallier said feminist critics often ignored that gains in women’s rights made in the early stages of the Revolution, including the right to divorce, were largely overturned by Revolution politicians.

The geopolitical situation meant “France was dominant until the British found a way to knock Napoleon down. There was only room for one at the top”.

Professor Peter Hicks, of the Fondation Napoléon, said the question of slavery in 1802 was linked to Napoléon’s desire for France to dominate the global sugar supply.

“There was in France, and in Britain, an argument at the time about the morality of slavery but, for Napoleon, sugar dominated the argument,” he said.

While Napoleon made no concessions to women in the legal code, he appointed his sisters to rule, and also promoted schooling for girls – the school he set up for the daughters and grandaughters of members of the Légion d’Honneur still exists.

“He was a man of contradictions, which is part of the reason he is so fascinating.”

Stitches in time: The history of Bayeux and its tapestry

18th century château in southwest France up for auction from €90,000
17 June 2021
More from Profiles
More from Connexion
Get news, views and information from France
Join the newsletter
Subscribe to The Connexion