Sex, lies and spies: the mystery of Marthe Richard 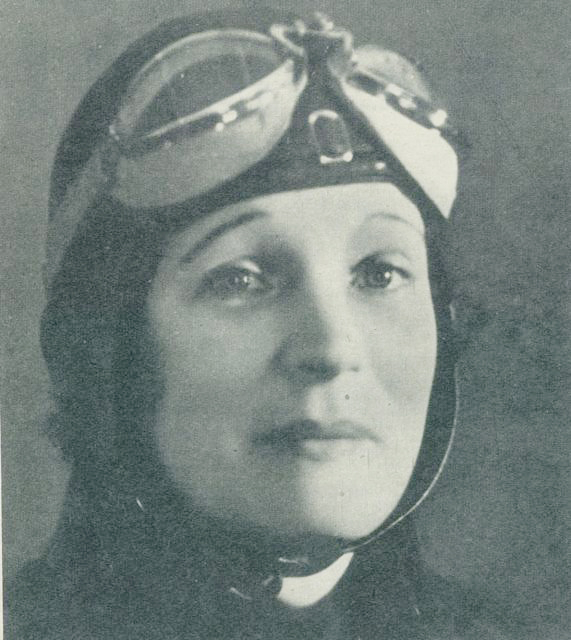 Marthe Richard in her aviatrice days
By Samantha David

Marthe Richard is best known in France for proposing and piloting a law through the French parliament making brothels illegal. But that was not her only claim to fame; born in April 1889 in Meurthe-et-Moselle, her career included spells as a prostitute, an aircraft pilot, a spy and a politician before she died nearly a century later, in February 1982.

Marthe Richard (pictured above during a TV interview in 1969) was a woman of many talents.

Her family were poor; her mother, Marie Larisant, was a cleaner and her father Louis Betenfeld worked at a brewery, and there were alcohol problems too. At 14, she was sent away as an apprentice seamstress, but very soon ran away. The police took her back to her parents but she ran away again and by the age of 16 she was a prostitute in Nancy.

Wanted by the police for giving a client syphilis, she ran away to Paris and became a prostitute in a higher-class ‘maison clos’.

In September 1907, she met Henri Richer, a rich industrialist, who bought her an aeroplane which she learned to fly and this became her passion.

Disreputable, dashing, beautiful, the press nicknamed her Alouette (lark). She got her pilot’s licence in June 1913 – only the sixth Frenchwoman to do so – and two months later injured herself whilst landing her plane on a non-authorised landing strip.

She was in a coma for three weeks but nothing daunted her – she was soon back in the cockpit training to become a military pilot. She never achieved this ambition, but in April 1915 finally married Henri Richer. In May 1916, he was killed at the battle of Verdun, and she was a rich widow.

She plunged into espionage, eventually ending up in Madrid, where she became friends with Mata Hari and seduced the German ambassador to Spain, himself a double-agent.

Who knows who was actually spying on who, but after being in a car accident with him, her activities in Spain hit the headlines and she returned to France.

It then turned out that the man who had involved her in espionage in the first place was now accused of being a double agent and her spying activities abruptly ceased. But by this time she was a well-known celebrity; a merry widow with a fortune, a dodgy past and a glamorous spying involvement. The truth was slightly beside the point.

She married again in April 1926, this time to Englishman Thomas Crompton, the financial director of the Rockefeller Foundation, but he died unexpectedly in 1928 of kidney failure. Once again a merry widow, she embarked on a glittering social career, and it was rumoured that in parallel she managed to steal designs for French warplanes and pass them onto the British Intelligence Service. Her then lover, Edouard Herriot, got her a Légion d’Honneur in 1935.

At this point, an old flame, Captain Ladoux, wrote a highly-coloured biography of her life. It was a bestseller, and instead of refuting the contents, she successfully sued for half the (massive) royalties, only to then publish her own account of her life, which also became a bestseller.

In 1937, it was made into a film, Marthe Richard, au Service de la France.

The movie starred Edwige Feuillère in the title role as the spy (pictured below).

Needless to say, she emerged from these epic tales as a heroine of France, and capitalised shamelessly on her reputation by embarking on a series of well-paid public talks about her arrest of German secret agents, her discovery of foreign secrets, and her trips in UB52 submarines.

She also gave flying demonstrations in a Portez 43 aircraft belonging to the government.

Mystery, myth and the mafia

How much of her ‘spying’ activity was myth and how much was real remains clouded in mystery. But during WWII and the occupation of France, the German authorities appear to have been unaware of any spying activities.

In fact, so the story goes, she was so piqued at their lack of interest that she actually presented herself at the Gestapo headquarters. “Messieurs, I am Marthe Richard, who caused you so much grief during the last war,” she declared.

Apparently, the Nazi officers had never heard of her, and sent her away. She then became entangled with a Mafia collaborator from Marseille, and in 1944 joined the French interior forces, conjuring up a role for herself as a resistance heroine. The public were sceptical by this time, however, but her story wasn’t entirely fictional – it took time but in 2015, proof was finally produced showing that she did indeed hide American airman during WWII.

In 1945, Marthe Richard became a councillor in the 4th arrondissement of Paris and in December that year, proposed a law closing all the brothels in France (see boxout, above). She argued that legalising brothels made society responsible for ‘organised debauches’, for Mafia profits from prostitution, and for sheltering collaborators.

Supported by various MPs and the Minister for Public Health, Robert Prigent, the proposed law was formally introduced to parliament and voted through in April 1946. The brothels were closed in November 1946 (see boxout, above) and the official lists of prostitutes (on which Marthe Richard’s name also figured) were destroyed.

Her past was snapping at her heels, however, and in 1947, a French secret agent called Jean Violan accused her of being an impostor.

She died in Paris, in February 1982 and is buried at the famous Père-Lachaise cemetery.

Richard’s law changed prostitution, but sex should not be seen as a métier

The Loi Marthe Richard (which was passed on April 13 1946) did not end prostitution in France but did end the approach of attempting to control and sanitise it, in favour of an approach intended to abolish it.

The immediate result was the closure of 1,400 brothels across France, including 195 in Paris.

The law is still in force today, supported by the loi Najat Vallaud-Belkacem, which entered force in April 2016, making it illegal to pay for sex in France.

Claire Quidet (pictured below), spokeswoman for ‘Mouvement du Nid’ (which works towards the abolition of prostitution), says it is a vital step forward. “We view prostitution as sexual violence and the only way to end it is to cut off the market.

“Prostitution springs from a patriarchal system in which men feel entitled to have sex whenever they want, and feel that there’s no shame in using prostitutes.

“But as society makes rape, sexual harassment and violence criminal, then we have to stamp out prostitution too because it is what is at the bottom of the line. Prostitution is, in fact, the logical extension of sexual abuse.

“Sex is not a métier, it’s not like being an electrician, it isn’t on the school curriculum, or advertised in the Pôle Emploi, it’s exploitation pure and simple.

“In Sweden, which made it criminal to pay for sex back in 1999, prostitution hasn’t completely disappeared but has really decreased.

“In contrast, in Germany where it is sanitised and organised, the market demand for it has developed and increased, and alongside that, the Mafia has moved in and people traffickers are supplying that demand using exploited migrants.

“This is wrong and unacceptable. Sex has to be based on mutual consent and mutual desire – money should never come into the picture.”