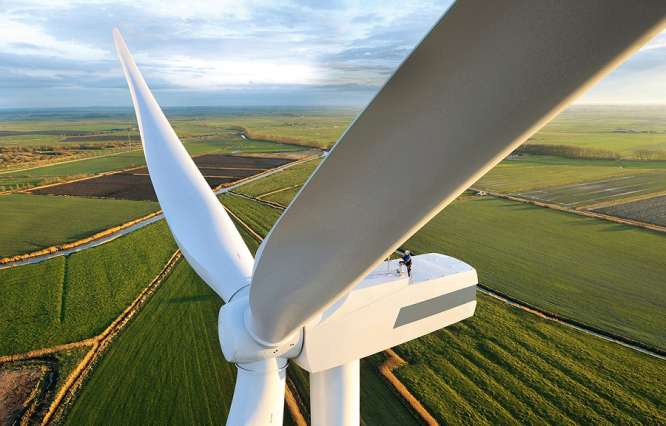 Twenty-one new projects for clusters of electricity-producing windmills, approved in June, have provoked the anger of opponents and a muted reaction from supporters.

The largest federation of opponents to wind power warned of “dangerous” situations if projects were continually pushed through against the wishes of the people.

If all the projects are built – a total of 150 individual turbines – they will produce 516MW when the wind is blowing, enough to supply 268,000 households.

The projects were prepared and submitted to the government in 2017. Promoters said what they will sell their electricity for and the government chose the lowest prices.

Opposition to wind power is strong in France and it can take up to 12 years for a final decision on whether to allow projects to go ahead.

Jean-Louis Butré, founder and president of Fédération Environnement Durable, said: “People have opposed having these enormous, destructive machines imposed on them and nearly every time they have been laughed at by the authorities. Court orders have been ignored or got around and people see that it is something being pushed on them by a small Parisian elite and, mainly foreign, industrialists, who are making billions on the backs of French electricity consumers, destroying the environment.

“I told a parliamentary commission that I see a dangerous situation developing unless something is done.”

Mr Butré, whose federation groups 1,400 local associations opposed to wind power projects, said there were dozens of reasons for opposing wind power in France, most of them for ecological factors.

He said people were worried about the impact on views and on their health.

“New land windmills are between 200 and 230m high, and produce two to three MW of electricity.”

“They can be built just 500 metres from homes and the impact they have on people’s health from the noise and vibration is terrible,” he said.

“They need access roads, which almost always are new roads, ploughing across open spaces and hedges, making a huge impact.”

Nationally, he said the arguments against wind power were based on cost.

Even the average production cost of €63 per MW/hr is nearly 10 times the cost of nuclear, which will have to continue to provide power when the wind does not blow, he said. He blamed most of the latest 6% rise in electricity on the government’s “obsession” with wind.

Other factors include the lack of recycling plans for the 2,000 tonnes of reinforced concrete used for each windmill base and tower, or for the composite blades.

“The government requires recycling to be detailed in every big industrial project but here they just shrug,” said Mr Butré, who pointed out that France imports all its wind turbines, some coming from China. The new federation Réseau Action Climat, which groups 22 green groups fighting against climate change, did not respond to requests for interviews.

The six groups employing press officers listed on their press statements did not reply in favour.

Greenpeace France said: “We have no projects related to wind power at the moment.”

The Fondation pour la Nature et l’Homme said it was “sure there were some people in favour of the projects” but did not provide any details.