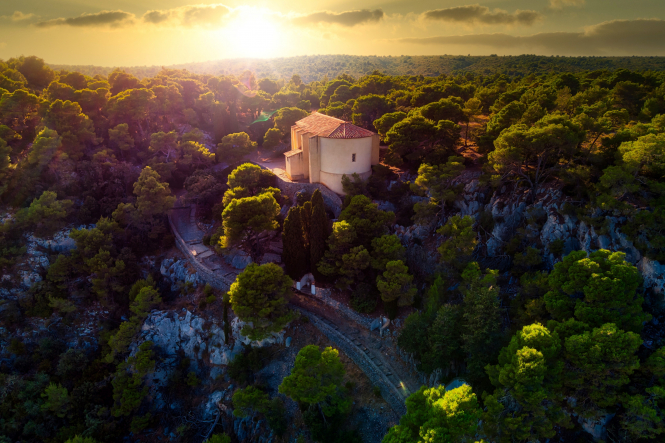 Environmental news in France to know about this month. Pictured: Occitanie, France.
By Connexion Journalist

Confinement in Picardie gave members of an environmental protection association the ideal opportunity to carry out a ‘census’ of bird species in the region. More than thirty Picardie Nature members saw over 100 species, including greater spotted woodpeckers, black kites and great tits, said a spokesman. “During 20-minute slots, once or twice a day, volunteers sat with binoculars to scan the sky and the surrounding area for any species they could see and hear from their balcony or garden.”

The operation, which began in early April in Amiens and its surroundings, was extended to the three Picardy departments of Aisne, Oise and Somme. 700 sightings were reported, representing more than 230 hours of cumulative monitoring. “Anyone who likes to observe birds in Picardy, be they a novice or experienced, can join in the experience at any time,” said the association.

One of the benefits of the lockdown in Occitanie has been a marked improvement in air quality, notably a reduction in nitrogen dioxides emitted by road traffic. Dominique Tilak, Executive Director of Atmo Occitanie, which monitors air quality in the southern region, told France Bleu: “We have observed decreases of around 60% in large conurbations, and particularly in slightly smaller cities such as Castres, Albi, Tarbes and Perpignan, where there is currently less road traffic than in the summer period. We have seen reductions of around 35% to 40% in nitrogen dioxide concentrations.” However, there were more air particles from burned garden and household waste as well as from oil and wood burners used during the early stages of confinement.

France’s 2,000 or so beekeepers can expect a bumper honey harvest this year, thanks in part to confinement. This is partly because flowers are much more abundant due to local authorities no longer mowing roadsides or roundabouts. “We are in a very good economic situation for two reasons. Firstly in terms of the weather, since we had summer sunshine in the spring. Secondly, because the spring flowering was very abundant,” Yves Robert, a beekeeper, told franceinfo.

A sugar processing firm in Nord has been accused of negligence after 100,000 cubic metres of black organic matter – a beet washing derivative – spilled into the Escaut river, which flows through France, Belgium and the Netherlands. Belgian authorities called the pollution an “environmental disaster”, and estimated that tens of thousands of tonnes of fish died. The liquid consumes oxygen in the river and “asphyxiates the organisms living nearby”, according to the French Biodiversity Office.

The Tereos firm, which sells sugar under the Béghin-Say brand, said that it was “too early to establish any causal links” between the break-up of its storage facility and the river pollution, particularly on the Belgian side. The Cambrai public prosecutor’s office has opened a judicial inquiry.

Summer taste of the Loire from an eco-friendly rosé

Wines in the new Jardin de Goganes AOC Cabernet d’Anjou range from Loire Propriétés are all HVE3 (Haute Valeur Environnementale) certified, a label that attests to biodiversity protection on the farm with pressures from working practices on the environment reduced to a minimum.

Their Cabernet Franc rosé has notes of red berries and rose, with a fresh finish of mint and white pepper. €4.50-€5 from Carrefour and, this summer, Intermarché. www.loire-proprietes.com