France looks to small-scale nuclear plants for its future 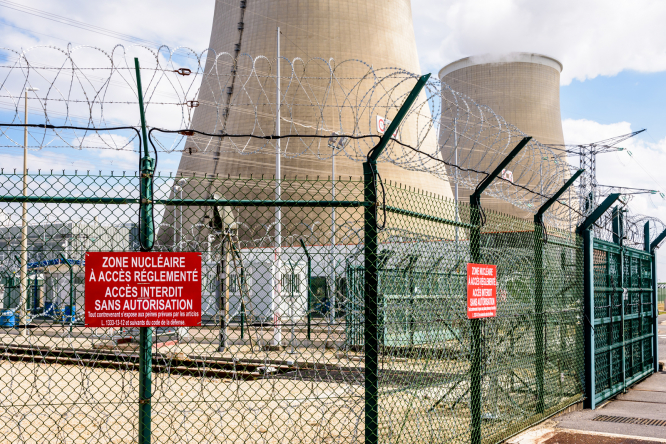 Small modular reactors 'SMRs' are said to be safer than bigger units as they have ‘passive’ security systems that are simpler than the complex valves and pumps of the giant pressurised water reactor EPR sites Pic: olrat / Shutterstock

France is on the verge of a major shift in its nuclear power policy – not by closing down the reactors that meet 70% of its electricity needs, but by looking at new types of power plant called “small modular reactors” (SMR).

State-owned energy giant EDF has until now concentrated on huge plants, such as the long overdue 1,600MW site at Flamanville, Normandy, but is now looking at smaller, cheaper SMRs.

They are less than 300MW, are prefabricated in factories and assembled at the final site, and are said to give emission-free, carbon-free energy and to be affordable and safer.

EDF sees SMRs as being for export to let other countries close fossil fuel power stations to cut global warming. Yet they could be an up-to-date addition to the French market, although France aims to cut its nuclear power dependency from 70% to 50% by 2035.

EDF is playing catch-up in a nuclear field it once led, as the International Atomic Energy Agency says there are already 50 SMR projects in the world. Russia has a 35MW floating power station and plans to power a gold mine in Siberia with a 50MW SMR by 2028. China is building a 125MW unit and, in the US, NuScale Power says it will have a first unit in Idaho by 2029.

A provisional date for building work on the first so-called Nuward reactor was given for 2030, but it is not clear if EDF still believes this date is realistic – and the company is keeping tight-lipped on the cost, thought to be around €1billion.

SMRs are said to be safer than bigger units as they have ‘passive’ security systems that are simpler than the complex valves and pumps of the giant pressurised water reactor EPR sites.

The strategy of designing and building ever more powerful units has been called into question after long and costly delays to the first two flagship EPR sites, in Finland and at Flamanville.

Each is designed to produce up to 1,600 MW of electricity – 20% more than reactors currently in service – and reduce radioactive waste by between 15% and 30%, due to better use of each fuel rod.

The Finnish reactor was due to cost €3.3billion and be completed by 2009 but is still not producing power. Builders hope it will do so by 2022.

It has cost at least €10billion more, with French taxpayers picking up most of the bill. Problems included French sub-contractors using concrete which cracked in Finland’s cold winters.

Similarly, the Flamanville EPR was due to start producing power in 2012 and was also expected to cost €3.3billion, but now has a provisional start date of the end of 2022, with costs of €19.1billion.

Recent problems have included faulty welds by unqualified workers, with builders forging safety documents to try to cover up the problem.

The only operational EPR site, in China, recently had a setback when a reactor unit had to be shut to recover a damaged French-made fuel rod.

Solar and wind power are now the most cost-effective ways of producing electricity, but need power station back-up at night and when the wind does not blow.

'I am an ecologist and believe in the power of nuclear'

French ‘RoboCrop’ pilot scheme could be solution for small-scale farms
15 October 2021
More from Environment
More from Connexion
Get news, views and information from France
Join the newsletter
Subscribe to The Connexion