France: Where have UK newspapers gone? 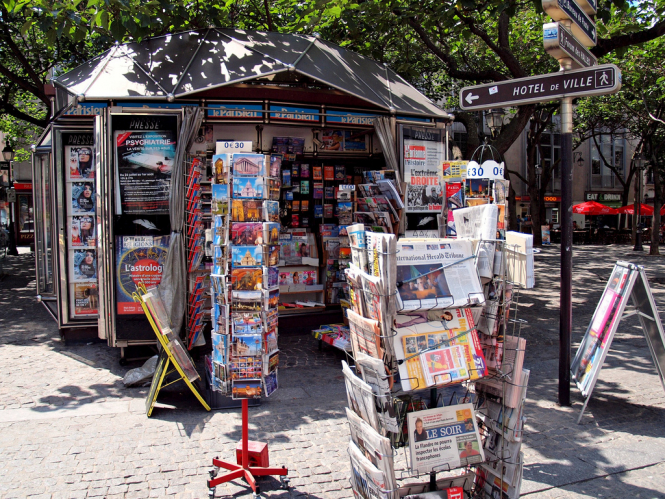 There is good news for Britons in France missing their daily dose of headlines from home - newspapers that have been missing from tabac shelves, in some cases for months, may be about to return.

The coronavirus lockdown can explain some of the problems tabacs have had getting London newspapers such as The Daily Telegraph and The Times on their shelves in the past few months.

But the greatest issue has been the financial difficulties of distribution giant Presstalis, which went into receivership in May.

This week, however, the tribunal de commerce de Paris approved a takeover offer from a consortium of daily newspapers. Its regional subsidiaries have already been liquidated, and the rescued company will now be known as France Messagerie.

Louis Dreyfus, president of the cooperative of daily newspapers that bought France Messagerie, welcomed the court's decision. "The priority of France Messagerie, which has more than 250 employees, is now to build trusting, transparent and lasting relationships with all the players in the sector.

"The continued distribution of the press throughout the country is a democratic requirement that the State will continue to preserve", Bruno Le Maire and Franck Riester, Ministers of the Economy and Culture, said in a joint press release. "The public authorities will continue to be attentive to the social consequences of this restructuring."

"From tomorrow, France Messagerie will have to work tirelessly to perpetuate its economic model and offer publishers a quality service while guaranteeing their financial flows," said Mr Dreyfus, who is also chairman of the management board of Le Monde.