French love board games more than any other European country 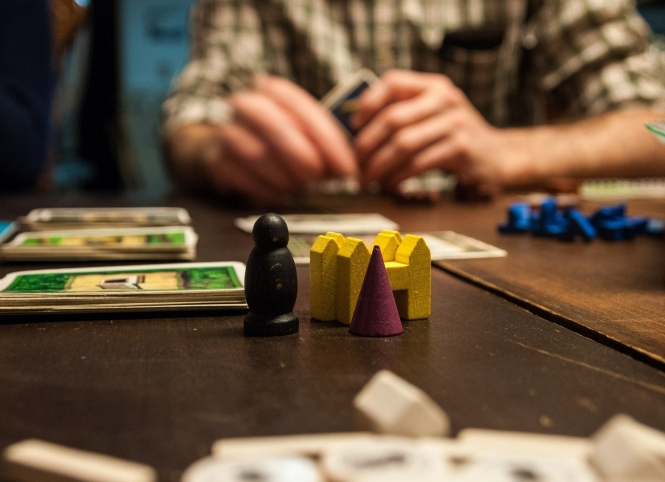 Expert on the world toys and games market at NPD, Frédérique Tutt says board games will continue to be popular because playing them is rooted in French culture
By Jane Hanks

If sales figures are any indication, and they usually are, the French love playing board games more than any other country in Europe. This was a sector that benefited from confinement when families were able to spend more time together and as they could not go out, a good way of passing the time was to sit round the table playing Monopoly.

But this was not just a coronavirus phenomenon. The number of games sold over the past five years has been steadily on the increase. In 2016 the sales in Europe were €317million, in 2018 €343million and predicted sales for 2020 are €360million.

Frédérique Tutt is an expert on the world toys and games market for market research company NPD, and is convinced the trend will continue:

“We thought that after the first lockdown, when people had bought more games than usual, that sales would go down, but demand continued to be strong, because people could not go on holiday so they looked for other forms of entertainment.

“From June to November sales continued to grow by 7%. In the week before the November confinement sales went up by 61%. This was followed by three weeks of decline when the shops were shut, but then there was renewed activity just before Christmas. We think new people have become interested in games and they will keep on buying.”

Many of the classic games, like Monopoly, Scrabble and Uno are often in the top 10 favourites.

But Mrs Tutt said there is plenty of creativity around and there are several new ones which are attracting people of all ages: “During confinement parents tended to lead the choice of games and often opted for the ones they knew.

'One of the big successes is based on Escape Games'

“But new ones are popular too. One of the big successes is based on Escape Games so that instead of players competing against each other they work as a team to find a solution to a problem.

“In November, the top selling game was Défis Nature by French company Bioviva with nature and ecological themes which reflect contemporary interests.”

Bioviva has had extraordinary success this year with a rise in sales of 46%. Company spokesperson Jelena Kuhn said this is not just a phenomenon caused by confinement: “We have seen an annual rise in double figures for the past few years. Our company was launched in 1996, and from the very start it was based on nature education games made in France using ecological methods.

“There is no plastic in our games and the printing inks we use are vegetable in origin. We design our games to produce as little waste as possible in their manufacture. Now these values are appreciated by a growing number of consumers who choose our games for these reasons.”

Their top selling game, Défis Nature, has become the star of the playground: “It is a collection of card games which each have a different theme connected to the natural world, for example dinosaurs, space, fierce animals, dogs. In each pack there are 36 cards with details of each animal or object with, size, power, speed. and the children have to pick an element in their card to beat their opponent, for example by having the fastest animal. It is a fun way to learn about nature.

“We are optimistic because we think young people are enjoying our games, and we are designing new ones for 2021.”

Mrs Tutt says board games will continue to be popular because playing them is rooted in French culture: “I remember playing rummy or belote [a French card game] with my grandparents during festive pancake evenings.

“My son continues the tradition. He plays Rummikub with his grandmother, and when he was not allowed to see her due to Covid health restrictions he would play games with her online.