Hornet queens are out of hibernation in France 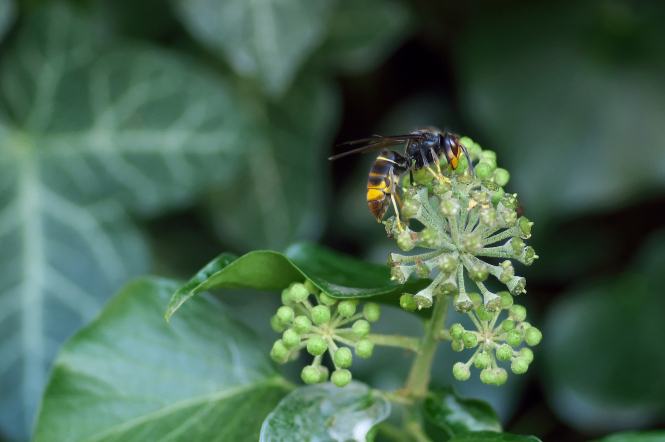 With the recent warmer temperatures in France, Asian hornets have reappeared after their hibernation period. The queen will now make her primary swarm, usually in a hedge and then when her colony is large, the swarm will leave to settle at the top of a tree.

Mairies often encourage people to put homemade traps in their gardens when Asian hornet (frelon asiatique) queens begin to come out of hibernation in March. However, an expert warns that homemade plastic bottles with a syrupy mixture to drown the hornets should not be used because they will kill other insects too.

Eric Darrouzet, from the institute for research into the biology of insects at Tours University, has been studying Asian hornets for many years. He and his team are looking for new methods to control them as their numbers continue to grow.

He said it is a job best left to experts and, if traps are used, they should be well-managed: “Only pièges selectifs, designed specifically to capture Asian hornets, should be used.

“You can find them in shops and they have fine netting to control the size of insect, although there is not one which is 100% successful in attracting only Asian hornets.

“If you do put out a trap, you should check it every day and release other insects caught.”

The mairie for Presqu’île de Crozon, Aulne Maritime, Finistère, shows a trap, which can be made from a plastic bottle, with a hole to let out smaller insects and a sponge soaked with beer, syrup and wine to attract insects without drowning them.

Once trapped, you can squash the hornets or kill them by putting them in the freezer.

The mairie says to look out for new nests in spring as they are easier to destroy when small.

Ask your mairie who to contact to get rid of a nest.

Asian hornets first arrived in France in around 2004.

Attacks on humans and related deaths – mostly caused by anaphylactic shock – are rare but they destroy beehives and damage honey stocks and the native ecosystem.

No detail too small for amateur French insect photographer