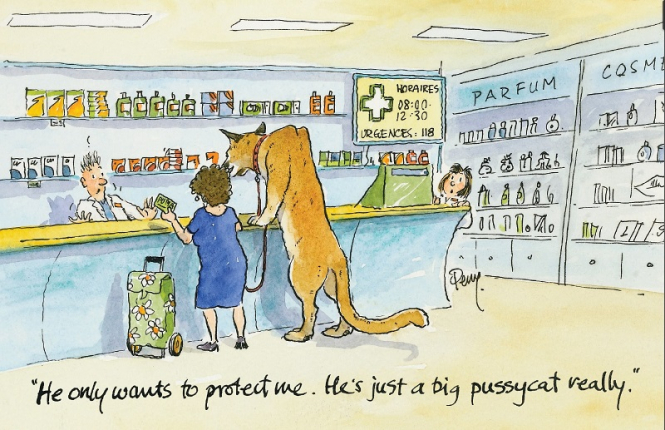 This means the rights are not reliant on the user having paid into the system.

In practice, Puma mostly refers to the system of access to healthcare for those who have not built up any rights through social security cotisations via a salary or self-employed work.

It includes those who do not have an S1 form, usually held by EU state pensioners.

This group consists mainly of early retirees and state pensioners of non-EU states.

Those affected should apply to join their local Cpam state health reimbursements body by falling back on the right on residency grounds.

Dependent on their means, they may have to pay an annual fee, known as cotisation subsidiaire maladie (colloquially a “Puma cotisation”).

Despite Puma supposedly being “universal”, France has never moved unambiguously to allow early-retiree newcomers from other EU countries to join its reimbursements system.

Instead, it has retained a policy of asking them to have comprehensive private health insurance in the first five years.

This is linked to EU free movement rules, which state that in the first five years Europeans can only stay in another EU country for more than three months if they are not a burden on the welfare system and have healthcare.

In theory, for EU early-retirees to move to Puma, they must show an unexpected change in circumstances making it difficult for them to be covered privately.

Such reasons could be a drop in income due to a divorce or widowhood, or a chronic illness. In practice, Connexion has not heard in recent years of anyone turned down for entry if they have made the request.

A consultant helping people move to France, Allison Lounes of Paris Unraveled, said this private insurance issue does not apply to non-EU citizens such as Americans, whose situation is likely to be comparable to that of Britons coming to France after Brexit.

If they have visas to live in France they join under Puma if they do not have healthcare from work. They need income equivalent to the minimum wage to obtain their residency cards.

Ms Lounes said people take out travel insurance, and sometimes a full health insurance policy, to cover the first months while they become established and make a Puma request.

Puma membership is likely to be significant to many Britons if Brexit goes ahead.

In the case of a deal, nothing would change until the end of a transition period, so the end of 2020. Healthcare for those moving to France in this period would be as now, and would remain so for as long as they stay in France.

Rights under the deal may be lost if a person leaves for five years or more.

British state pensioners who live in France and have a European S1 form would continue to have the cost of their membership to the French system paid for by the UK and would not join Puma on residency grounds.

The situation for Britons coming after the transition would depend on whether a bilateral deal on healthcare rights covering pensioners is agreed between the UK and France.

If not, also for future early-retirees, Puma on residency grounds would be applicable.

In the case of a no-deal Brexit and if there is no bilateral health­care deal, any non-working Britons coming to France would need to seek Puma cover but take out private health insurance while they become settled and obtain proofs of residency such as utility bills.

The EHIC, which covers EU visitors and new arrivals, would not apply to Britons in this scenario.

A French government decree says British pensioners already living in France with S1s on Brexit day would continue to be covered by the French system for two years, pending any bilateral healthcare discussions.

A French Interior Ministry source said there would be no change, and no cotisation to pay, during those two years.

After this, in the absence of a reciprocal healthcare agreement, Britons would be subject to the normal rules for non-EU foreigners, the source said.

As mentioned, the usual rule for non-EU foreigners is that if they are legally living in France – which requires them to hold a valid residency card and/or visa – they may join Puma.

How much is a cotisation and who needs to pay this?

Anyone working in a full-time salaried job or in self-employment is entitled to healthcare via social security levies paid on their earnings.

There is an exception for those with low incomes from part-time working, who may have to pay a Puma cotisation at a reduced rate, on a sliding scale up to earnings of €4,052 a year.

Non-working spouses of those who pay into the social security system also obtain healthcare without a Puma cotisation.

However, other than those falling under the S1 system or a bilateral healthcare deal (see left), those legally living in France and not working are assessed for a possible annual Puma payment.

Officials can also factor in lifestyle when calculating the amount on which the 8% is levied, if it appears luxurious.

Where both members of a couple are eligible to be assessed for a cotisation, the €10,311 is applied individually to each member’s part of household income. This is calculated at 50% if a more precise share-out is not clear.

State pensions are excluded but it includes money from investments, private pensions and renting out property.

Those who are legally resident in France but whose capital incomes are lower do not have to pay.

The right to belong to Puma, once obtained, continues indefinitely and future cotisation levels are checked by reference to income tax returns.