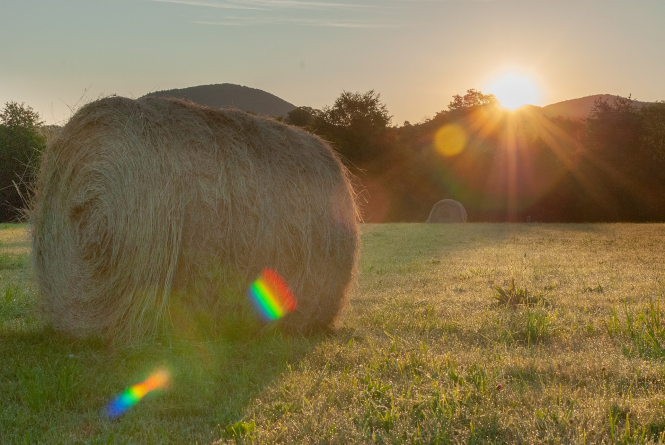 Most British farmers have bought farms of around 150 hectares, considered about the minimum size needed to make a living
By Connexion journalist

Many of the farmers who now make their living from the French countryside have British or Irish origins.

In the rural plateau of the Limousin, in south-central France, for example, around 10% of farmers are from the British Isles.

So it is unlikely that Brexit will reduce interest in the future, says a farmer and estate agent who has helped several others to install themselves.

Anthony Thompson, who works with Confolens Immo in the North Charente, said: “It is not just the cost of land that is attractive – farmers know they will be in a system where farming is still valued and seen as a strategic area by the government. There is less sense of that in the UK at the moment.”

Most of the farmers who come over own Limousin cattle, with a few raising sheep. They mainly buy and build up their herds, rather than bringing over British cattle and acclimatising them to the area, as winters are usually colder than in most parts of the UK.

“Farm machinery is different and is often cheaper and better quality in the UK than in France, so I advise people to bring their own if they can,” said Mr Thompson.

He said French authorities are usually welcoming to UK incomers but they face formidable form-filling challenges.

“When I came over around 20 years ago, the paperwork for buying the farm was around five pages,” he said. “Now it is at least 40, with all sorts of controls and checks needed for things to go through.”

He said there were often problems with paperwork, but usually nothing which could not be worked around.

“In my experience, the authorities have always been happy to explain what is needed and why,” he said. “When there is a problem with a file, there is usually a solution which can be found with a bit of negotiation and patience. The authorities are happy to help farmers install themselves.”

For years, France had various schemes to help farmers under the age of 40 establish themselves, mainly in the form of low-interest loans. With the very low interest rates offered by banks now, most younger farmers do not take advantage of the government schemes.

They are, however, able to benefit from the French government’s support, which comes mainly through the Common Agricultural Policy.

'There have always been a few ‘wine and paté’ types'

Most British farmers have bought farms of around 150 hectares, which Mr Thompson said was about the minimum size needed to make a living.

“There have always been a few ‘wine and paté’ types who come over thinking they would like a small farm but they need to recognise that this is a hobby farm for the lifestyle and not more – you need around 150 hectares to have a chance to make a success of it,” he said.

Most of the British and Irish farmers have been welcomed and integrated into the rural communities where they settled. “When you are here working, you usually integrate easily,” said Mr Thompson.

“And the communes are very happy to have working farms with farmers and their families on them, rather than having them under-used.”

In his opinion, it is unlikely that Brexit will impose much of a brake on farmers who want to move to the area.

“It is in everyone’s interests that things settle down to more or less where they were before the Brexit vote,” he said.

“I foresee that in three to five years’ time, things will have calmed down and returned to very much the way they were before – there will be no sense in France refusing titres de séjour to farmers who want to buy farms in the country.”

Some of the departments of the Limousin plateau have the smallest populations in France, with official statistics agency Insee putting them in the band of populations between 76,000 and 285,000.

Figures from 2011 to 2016 showed populations were still falling by between 0.1% and 0.5%. The government has for many years had various strategies to counter the fall in population in some rural departments.

It has promised to increase its efforts after the divide between urban and rural areas became one of the factors behind the gilets jaunes protests of 2018.