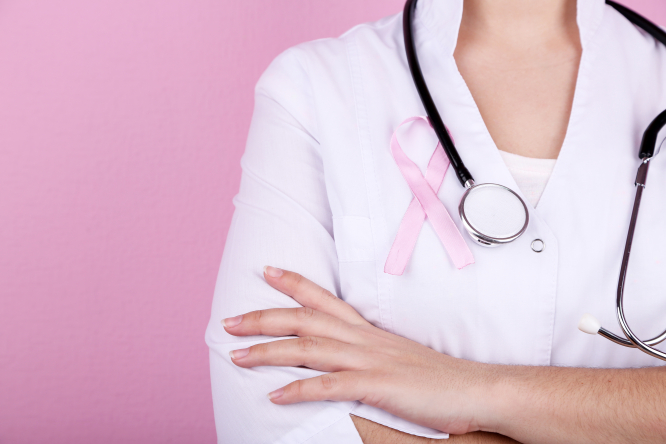 A new treatment against a particularly aggressive form of breast cancer will be authorised in France from November 1 Pic: Africa Studio / Shutterstock

A new treatment against an aggressive form of breast cancer is to be authorised for use in France from November 1.

The antibody treatment, named Trodelvy, is administered with chemotherapy and is made by the American laboratory Gilead.

It is used to treat an aggressive form of cancer, called ‘triple-negative’.

Health Minister Olivier Véran confirmed that the treatment would be authorised and available for use during a question and answer session in the Assemblée nationale.

He said: “There is finally a promising treatment produced by an American lab, which is called Trodelvy. France has been the first European country to offer it for the benefit of several patients while waiting for production to increase.

“I can confirm to you that it will be authorised and available in France from November 1, 2021.”

Triple-negative breast cancer is one of the more aggressive forms of the illness. It is also one of the rarer forms, accounting for 15% of cases, or about 9,000 people each year.

The treatment has been authorised by health authority la Haute autorité de santé (HAS) in France for a year, and in September it announced that it could be used ‘early’ for patients with triple-negative cancer for whom existing treatment has not worked.

Drug safety agency l’agence du médicament (ANSM) has confirmed that Trodelvy is currently the subject of an “accelerated evaluation for market authorisation by the European Medicines Agency (EMA)”.

EMA market authorisation means that the drug will – if authorised as expected – be officially approved and available for use in Europe.

The announcement comes soon after a leading professor warned that 75% of cancer patients in France had been affected by medicines shortages, of drugs that are deemed unprofitable.

The professor said that the shortages affected 70-80% of medicines used to treat cancer in France, causing “dramatic” disruption to many patients’ treatment plans.

However, in better news for patients, a new European law has recently come into force that requires French laboratories to stock at least two months’ supply of medicines for major conditions, including cancer drugs.

Carole Le Saulnier, legal director at ANSM, told AFP that the new law was “a major advancement for patients”.

She said: “This will allow planning ahead to avoid the risk of shortages.”

New research on ways to prolong the lives of people with breast cancer has also recently been published, by the European cancer research centre the European Society for Medical Oncology (ESMO).

Its research suggested that a new treatment named ribociclib, which is manufactured by Swiss lab Novartis, was producing positive results for patients with advanced forms of some kind of cancers.

Figures from the Institut Curie show that 54,000 women are diagnosed with breast cancer each year in France.

Cancer survival rates in the country have doubled in the past 45 years, reports the COS cancer treatment centre in Paris.

Breast cancer in France: How to get checked

Breast cancer occurs mainly in women, but men can get it too.

If you notice any unexplained new lumps, thickened tissue, a change in shape, a rash or puckering, any swelling, or discharge from either nipple, it is best to get checked out at your GP or to see a specialist.

In France, women aged 50-74 are invited for a breast cancer screening every two years, even if they do not have any symptoms or risk factors.

But women and men of all ages are invited to visit a doctor if they suspect any issues.

My operation in France: Mastectomy