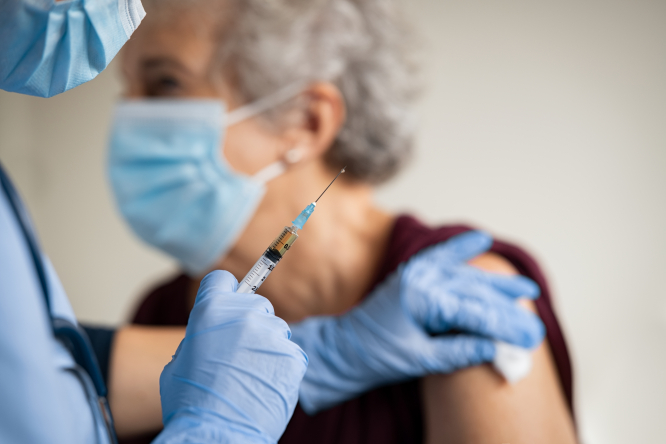 A technical issue related to Covid booster jabs in France resulted in a woman’s vaccination certificates not working for one week Pic: Rido / Shutterstock

An issue that caused health pass QR codes on Covid vaccination certificates to stop working for one week after a third vaccine dose has now been resolved, a spokesperson for Assurance maladie has said.

A Connexion reader reported on August 23 that after getting a third vaccine dose, she was refused entry to a café and a restaurant because the QR codes on her new and old vaccine certificates would not scan. This continued for one week.

France is now offering Covid booster jabs to all over 65s, people at risk of serious forms of Covid-19 and care home residents.

A person is only considered fully vaccinated seven days after their final Covid vaccine dose. This should not affect people receiving booster jabs, though.

“There will be no impact of the third dose on the health pass. That is, if you have your health pass, whether you go for your booster or not, you will keep the benefits.”

The Connexion reader, who asked to remain anonymous, received her vaccine dose early due to serious health issues.

This two out of two certificate had been working correctly with France’s health pass scheme until she was given a third dose.

She said that after her third dose, both vaccination certificates stopped working for a week.

A spokesperson for France’s Assurance maladie, in charge of vaccination certificates, told The Connexion that the issue was linked to the technology used by venue staff to scan QR codes on the certificates, called TousAntiCovid Vérif.

She said today (September 8) that the issue should now be resolved.

The woman The Connexion spoke to was not happy about being locked out of public venues for one week.

“It could have been a disaster,” she said.

“Part of the reason that I wanted the third dose was to travel safely to England, and we could have been stopped at the border if I had”.

If anyone who receives a third Covid vaccine dose experience this issue, please let us know at news@connexionfrance.com

EU warns it has not yet approved Covid booster campaigns

French ‘RoboCrop’ pilot scheme could be solution for small-scale farms
15 October 2021
More from Health
More from Connexion
Get news, views and information from France
Join the newsletter
Subscribe to The Connexion