Glasses prescriptions to be given without ophthalmologist in France 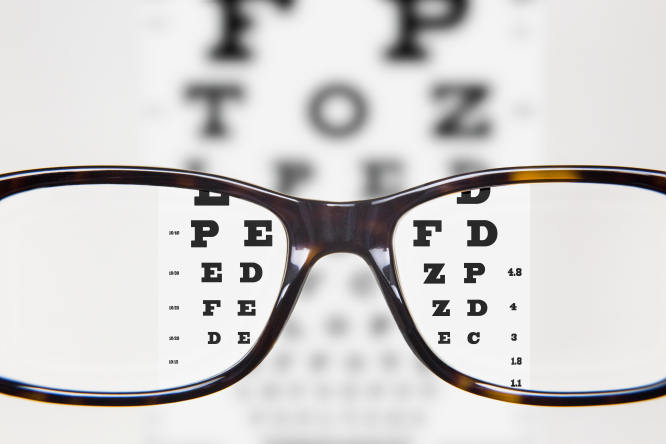 Before the new rules, anyone wanting to start, renew or update their glasses prescriptions would need to visit an ophthalmologist Pic: Emanuele Ravecca / Shutterstock

People in France will soon be able to get a prescription for glasses or contact lenses without having to visit an ophthalmologist after MPs voted in favour of the move on Friday (October 22).

The change will increase the scope of the work of orthoptists, who will now also be able to prescribe glasses and contact lenses.

Supporters say it will make access to eyecare easier for the public and reduce waiting time but critics say it will reduce the quality of care.

Up until now, anyone wishing to get a prescription for glasses in France needed to visit an ophthalmologist – a medical doctor and surgeon specialising in eye diseases and varied complaints.

This is in contrast to countries such as the UK, where you can get a prescription for glasses and contact lenses by visiting a high-street optician, rather than by consulting a doctor.

In France, ophthalmologists are often based in hospitals, and there can be long waits for appointments. Government figures from 2018 show that there was an average wait of 80 days to be seen in France, with considerable variations between regions.

In contrast, orthoptists are specialists in vision, eye movements, and how the eyes work together, and may not be based in a hospital. They are less likely to deal with urgent cases.

Government minister Brigitte Bourguignon defended the plans, saying that ministers had consulted with professionals and that the new rules would initially only apply to people aged 16 to 42, who require a prescription for glasses or lenses.

But ophthalmologists have been on strike in protest against the rules since October 22.

The action, called by the union Snof, is set to last until October 31. Snof claims that the new system will lead to a “decrease in the quality of care”.

Some professionals say that it could lead to delays in diagnosing eye illnesses.

MP Thibault Bazin said: “The aim is laudable but it risks causing a system of two-lane medicine.”

Mr Bazin is instead calling for more ophthalmologists to be stationed in under-served areas.

Another MP, Pierre Dharréville, said that the new plans will not “fix the national inequalities” that exist in access to eyecare.

How will the new system work?

People in France who need a prescription for glasses or contact lenses will now be able to get one from orthoptists, rather than having to visit the ophthalmologist every time.

However, you will still need to see an ophthalmologist if this is your first time getting an eyewear prescription. You do not need a referral from a GP to do this.

Read more: How do I book an eye appointment in France?

MPs voted on an amendment to the bill that will mean orthoptists can only issue or renew a prescription for eyewear if you have already seen an ophthalmologist once, to rule out any more serious eye issues.

Do I have to pay for glasses in France?

Some costs of glasses and contact lenses are reimbursed by the healthcare system in France.

The Assurance maladie website states that since January 1, 2020, opticians have been required to offer a range of glasses that are “100% Santé (Health)”, with all related costs 100% reimbursed.

This includes frames with a value of up to €30, and depends on the type of lenses prescribed. Any glasses frames or adjustments that go beyond the “100% Santé” option (such as designer frames or thinned lenses) will need to be paid for.

Contact lenses are only reimbursed if you have diagnosed conditions such as astigmatism or myopia, or have considerably poor vision.

The amount reimbursed per year for lenses is up to 60% of costs, up to a maximum of €39.48 per eye, so extra costs will likely be incurred. These may be paid for by top-up insurance (depending on your plan), or paid for personally.

Some glasses and tooth crowns are now free in France