Go walking in the water, it's a real sport in France 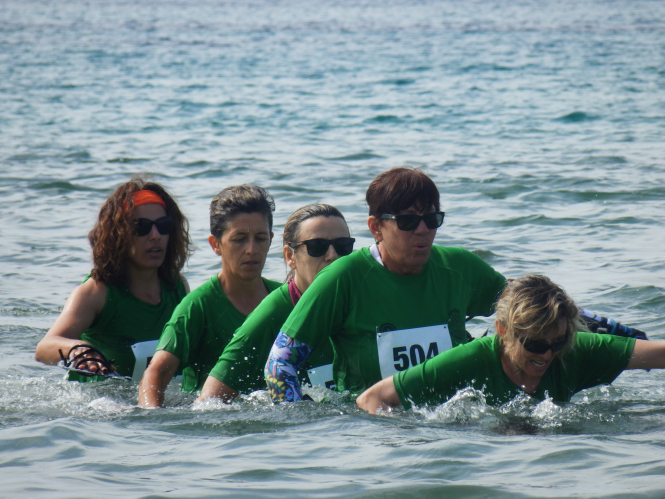 Get in the sea! Walking in water is a genuine sport in France
By Connexion Journalist

You may not have heard of the seaside “sport” of longe-côte, but there are more than 100 clubs at French resorts by the North Sea, the Channel, Atlantic and the Mediterranean.

The sport involves walking in the sea with the water coming up to a level between the hips and sternum. It is practised all year round, even in the north, where wetsuits are required in winter, and has evolved to become both an amateur pursuit and a competitive sport.

It was invented by Thomas Wallyn, in 2004, for extra cardio and muscle training for his rowing club at Bray Dunes, in the Nord department. Two years later, his idea was taken up by others, clubs developed, and they gradually spread around the coast. Mr Wallyn’s sister opened a club at Hyères in the Var in 2010.

Now there are clubs at Cannes, Antibes, Sète, Sanary-sur-Mer and Marseille, among others. The Fédération Française de la Randonnée Pédestre (mongr.fr) then made the sport official and introduced the first competition.