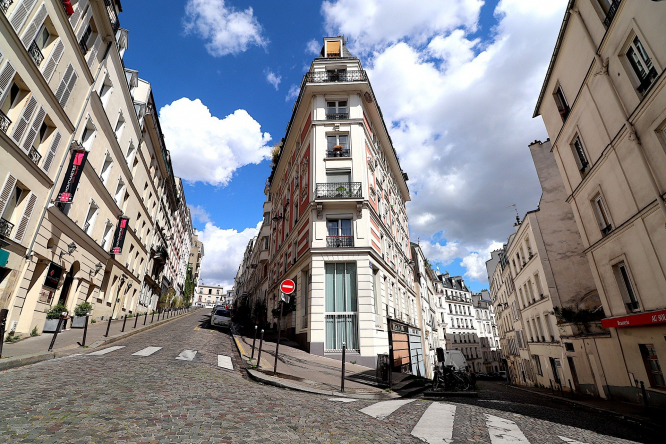 'The tax declaration is simple for many people, requiring them to recall their name, address and their pension income in a box or two, with savings details often already pre-filled'
By Robert Kent

Last month we talked in this column about residency, Brexit and freedom of movement, which triggered a flurry of calls and emails from people in a particular situation.

I say “particular”, but the high volume tells me that there are enough concerned people to warrant a “part two”.

These are those who have, or wish for, a holiday home in France. They are spending, or plan to, most of their time in that home but are resistant to becoming French fiscal residents.

This means that they wish to ignore the French authorities, legal (and arguably moral) obligations, and want to continue paying UK taxes while enjoying the benefits of France most of the time.

Forget that this is fraudulent – is it really ethically right to spend most of your time in a country and not contribute to resources that you are benefiting from? Moreover, it is also an act of self-harm, since your life would, most likely, get easier and cheaper from making the change. So where is the logic?

Last month we discussed the rules of residency, Schengen and long-term residency permits.

I am not going to talk about those again, but I am going to overlap around the edges somewhat.

People wanted to know if there was a way of “stopping the clock” on their time in France, which is what prompted the last article – and many contacted us, persisting with finding a solution. What is interesting is that everyone who talked to us is now moving to France, planning to fully engage with their hosts and become a contributing part of the community as French taxpayers.

One of the main arguments for this is that they can gain a carte de séjour, which enables them to spend more than the Schengen 90 days in France and, indeed, more than six months.

For those splitting their time – which was everybody with this line of questioning – they can still spend up to six months in the UK (statutory residence test rules do not apply here).

Essentially, this meant people could continue as they did pre-Brexit – no complex manipulations of the system or skulduggery required.

Once we had convinced people that they would not necessarily be worse off and that French taxation was very manageable, it appears to be, as one person put it, a “no brainer”.

So why spend time fighting a system, now made so much more challenging by Brexit, which has been agreed by two governments (the UK/France tax treaty), the Schengen area rules, French residency rules, just to avoid contributing to your host country?

The answer is clear to me: fear!

People have a tendency to fear what they do not understand. If they are comfortable with the UK system, why not stick with it?

Clearly, everything we have just said points out that it is absurd, not least because of the following contentious statement: “Most couples retiring to France pay less income tax in France than they would in the UK.”

This is not a statement born of dubious statistics (I would argue all statistics are dubious), but a statement of fact. Due to the parts system, couples where one has a greater income (nearly everyone) tend to pay less, due to the efficient use of zero-rate bands and allowances.

The tax declaration is simple for many people, requiring them to recall their name, address and their pension income in a box or two, with savings details often already pre-filled.

Now it is online, the use of a translator means you can read it all in English (an understandable version of it, anyway – it’s not quite perfect).

Naturally, there is help available from professionals who understand the tax treaties and can ensure that you understand as much about French tax as you do in the UK (I’m breaking the rules now, with flagrant self-promotion that the editor will surely delete!) making you feel comfortable and at home.

Maybe it is time to be moved … by logic, reason and the pursuit of happiness!