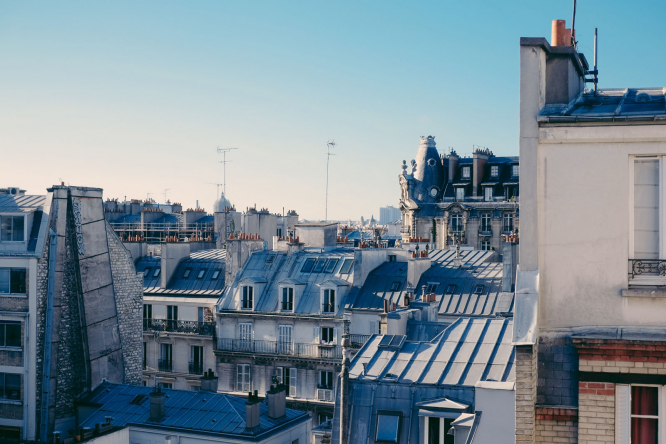 In the time since the liquidation, the incredibly complex structure of the investments in hotel property under Maranatha has thrown a spotlight on French property investments generally Pic: kakoki / Shutterstock

Maranatha hotel group CEO Olivier Carvin has been ordered to pay €4million to liquidators and been declared bankrupt for 15 years.

This followed the latest court case in the long-running saga of the Marseille-based group, in which an estimated 6,000 small investors lost around €648million.

Most of the investors had been advised to channel their money into the group by personal financial advisers. Regulator the Autorité des Marchés Financiers (AMF) fined three of them after finding them guilty of not telling clients of the risk they were taking, or of the commissions the advisers were receiving.

Another five financial advisers agreed to pay fines without admitting guilt, under a relatively new procedure in French law.

Six “palaces” in the hotel group, based in Paris and Nice and bought in 2015 under the name Hôtels du Roy, were sold in 2018 after a year in liquidation to an American hedge fund, Colony Capital. It was backed by a deal with France’s Accor group, the largest hotel group in Europe.

The five Parisian hotels are all situated in prestigious areas of the capital: just off the Champs-Elysées; in Saint-Germain-des-Prés; and near the Place Vendôme. The sixth hotel is on the Baie des Anges in Nice.

Under the deal, the Hôtels du Roy should be sold in 2023 for at least €220million, most of which will go to the original founders of the group. They will get around 60% of their capital back, if all goes well. Meanwhile, investors who bought later, including those advised by the personal financial advisers, will only get smaller amounts – or nothing at all.

A group of investors who challenged the deal in the courts lost, and have been landed with additional bills of tens of thousands of euros each.

In the time since the liquidation, the incredibly complex structure of the investments in hotel property under Maranatha has thrown a spotlight on French property investments generally.

No fewer than 200 subsidiary companies were used to channel investments using the structure sociétés en commandite par actions (SCA), where Maranatha was able to take control of the companies with only a 1% to 5% stake in them taken by Mr Carvin or members of his family.

SCA is a form of company where there are two types of shareholders, with one type holding a commanding interest giving operational control, even if it is in a minority.

Mr Carvin said he accepts the latest court ruling, which was given in September, and will not appeal against it.

He claims the only reason the group failed was the downturn in tourist numbers after the terror attacks in November 2015, which occurred just after the purchase of Hôtels du Roy.

However, the court found he continued operating when he should have gone into administration and used investment funds to pay interest.

It also found he did not put strict management principles on the SCA company structure, bought Hôtels du Roy when the group did not have the means to handle the operation, and, in 2016, submitted accounts which did not explain the precarious situation of the group.