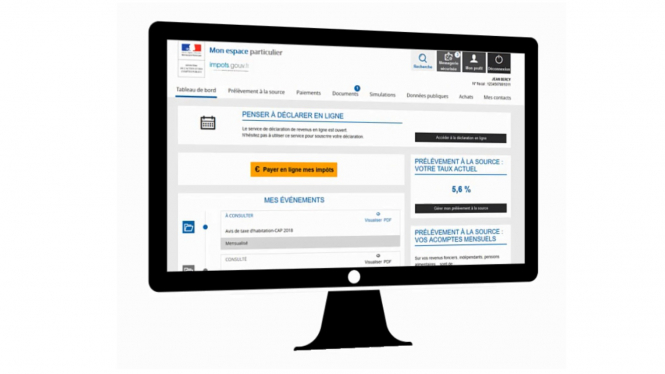 The new arrangements for tax-at-source (prélèvement à la source [PAS]) appear to have worked as planned so far, despite some teething troubles as systems were finalised last year. Now as people get set to make their declarations the next step in the system comes into play.

For most people the declaration will not be so as to be taxed on the income declared – as a generalised income tax credit is set to wipe out most tax for 2018 – but it will be used instead to make sure the correct rate is being applied to your incomes under PAS, and to ensure any tax credits and reductions are applied correctly.

By and large if you have declared in France before, your declaration should not involve too many surprises though there are a few new boxes if you have what are considered revenus exceptionnels – that is, one-off incomes that are not covered by a generalised tax credit. Our guide to French Income Tax 2019 has plenty of information on making your declarations and an in-depth section on the PAS.

There are also some changes related to the new ‘flat tax’ on investment incomes, including a new box, 2OP on the main 2042 declaration, which is to be selected if you want the ordinary tax bands to apply to all of your investment income and not the flat tax at 12.8% (+17.2% social charges).

As of this year everyone is asked to declare online if they have an internet connection, with a few exceptions such as if you do not feel able to due, for example, to age or disability. Penalties however are light for non-compliance (previously stated as being €15 on a second offence).

If you will still be declaring by paper this year, the deadline for declarations is May 16 at midnight, otherwise the dates are as follows:

Most people declaring this year will receive their avis d’impôt (tax assessment) in their online space between July 24 and August 7, 2019. If you opted not to have a paper avis sent, you will receive an email telling you when the avis is available online.

Once the tax office has processed your declaration you may have some extra tax to pay, for example if you had ‘one-off’ incomes in 2018, or you may be due some money relating to income tax credits or reductions for last year (if so you will have had a first instalment earlier this year).

Note however some people may be asked to pay some money back, if they have received a tax credit instalment for 2018 based on previous entitlements, but in fact did not have the same eligible expenses in 2018.

Those with money to pay will mostly have until September 15 to settle this; the avis will clarify.

One new factor this year is that even people who moved to France in 2018 are able to declare online. In the past a first declaration had to be made by paper.

Earlier this year the government set out ways in which newcomers could create an account at the tax website despite not having the usual log-in information required including a numéro fiscal  (found on the first paper tax form sent out to those declaring for the second time).

However they did not clarify that it would also be possible for the newcomers to declare their 2018 incomes online. This has now been confirmed.

Our tax guide has information on ways in which you may now create an online space if you are a newcomer to France and have not yet been given a numéro fiscal; alternatively ask your tax office about getting set up for this. You may still declare on paper if you prefer.

The French government reports it has had more than two million phone calls to its new dedicated helpline about the PAS, although most of them were dealt with by automated responses. The number is 0809 401401 (charged at local call rate).

It is also possible to ask questions about the PAS to your tax office via the secure messaging system in your online space at impots.gouv.fr

Another new service is the chance to book a one-to-one appointment with your tax office via the website, which you can do by clicking the Contact button at the bottom of the homepage, then Particulier and Votre dossier fiscal, or via your personal space from April 26 under Mes Contacts.