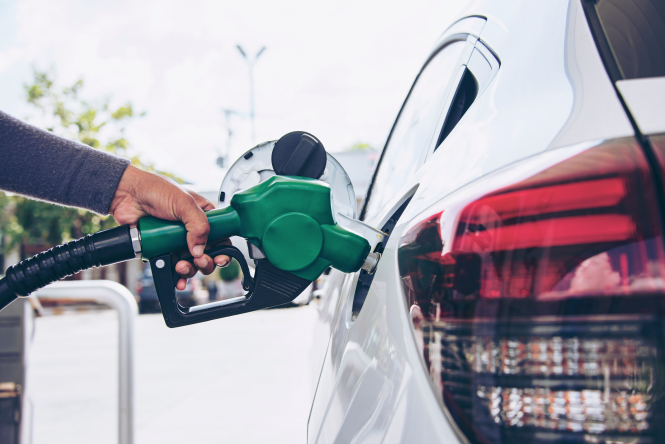 The €100 payment is aimed at helping people in France cope with the rising cost of fuel Pic: Studio.51 / Shutterstock

I am employed part-time but also have a small freelance job. Does that mean I will receive inflation €100 payment twice?

If you have two incomes of less than €2,000 per month before tax, you can in theory receive the payment twice but the tax authorities will be monitoring for this and you may be asked to return one of the payments.

Prime Minister Jean Castex announced on October 21 that lower income households in France would be offered an exceptional payment of €100 to help them face rapid rises in the price of necessities such as fuel, home energy and food.

The €100 tax-free sum should help cover increases in petrol and diesel costs, as one person travelling 14,000km per year in their car will see their annual fuel spend go up by €80 if prices continue to climb, as well as rises in home energy and food.

Around 38 million people who earn less than €2,000 per month before income tax is deducted will be eligible for the payment. It is paid whether or not the recipient has a car.

Those eligible include employees, self-employed, jobseekers, retirees (on less than €1,943 per month), people receiving the work welfare benefit Revenue Solidarité Active, apprentices or students who are not economically dependent on their parents.

Reception of the payment is based on your individual income rather than your household revenues. Therefore, a household can receive the payment several times if more than one of its members earns less than €2,000 net per month.

The €100 can also be received several times by the same person if they are simultaneously employed by different people or if they are employed but also run their own business or if they claim their pension but still work. This is because the payment is distributed by individual employers with an employee's usual salary or by Ursaff if a freelance worker or by your retirement payment caisse.

Therefore if you are both employed and self-employed, you may automatically be paid the extra inflation allowance both by your employer and by Urssaf.

The Ministry of the Economy and Finance told BFMTV that this “side effect” would be difficult to avoid, but the government has also said that checks would be carried out after the payments were made and that the tax authorities would catch up with people who have benefited twice.

People who could receive two €100 payments are advised to inform their employer(s) about the situation so that they are only paid what they are allowed and do not risk having to return a second payment.

How will the €100 inflation bonus work?

The government will determine who is eligible for the €100 payment by studying an individual’s salary for October, the time when the measure was announced.

Those who may receive a bonus (or 13th month salary payment) at the end of the year do not need to worry that this will tip them over the €2,000 threshold.

The allowance will be paid automatically between December and February: beneficiaries do not need to do anything in order to receive it.

The payment date depends on the sector that the person is involved with: private sector employees will be paid in December, while the self-employed will receive theirs in January and retirees and jobseekers will receive it in February.

Care homes in France: Is living with a host family an alternative?
14 January 2022
More from Money
More from Connexion
Get news, views and information from France
Join the newsletter
Subscribe to The Connexion