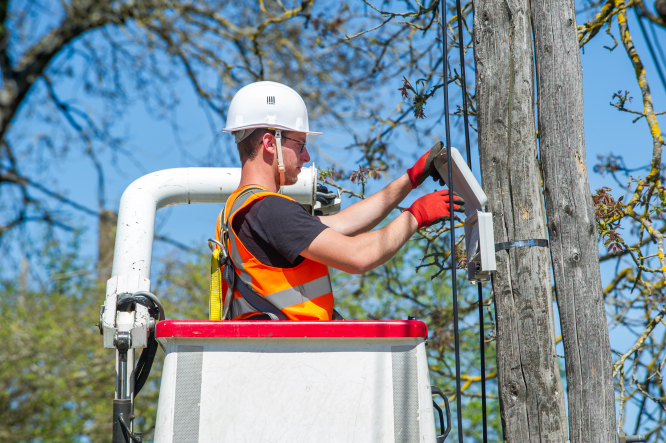 Complaints over the installation of fibre in homes across rural France are soaring as take-up of high-speed internet increases.

One 80-year-old said that she faced recurring problems with her connection since having fibre installed in August. "I thought I was dealing with someone who knew the job well ... I would not have had fibre if I had known that it was like that," she told broadcaster France 3.

The syndicate said that it had already spent €4 million to put right poorly installed communal fibre connection boxes in villages. Denis Leroux, vice-president in charge of the digital development in the department described the rollout of fibre in the department as 'completely catastrophic'.

And the problems are national, according to testimonies on social networks. Richard Toper, president of the Cercle de réflexion et d'étude pour le développement de l'optique, said the problems were due mainly to the fact the installation work was often subcontracted out.

In the March edition of Connexion, writer Nick Inman told a similar story of poor installation and connection issues when he had fibre installed in his village home.

But subcontractors have said that the phone companies want them to work at an impossible pace without much training.

The government, which has spent €3.6 billion for the deployment of fibre in France, is aware of these problems.

Cédric O, Secretary of State in charge of the digital transition called on operators to improve their practices: "There is no question that public money must again be put on the table. It is up to them to do so, in their agreements with subcontractors, in the way they organise themselves, that things are done and that they are done well. "