Neighbours are not liable for storm damage in France 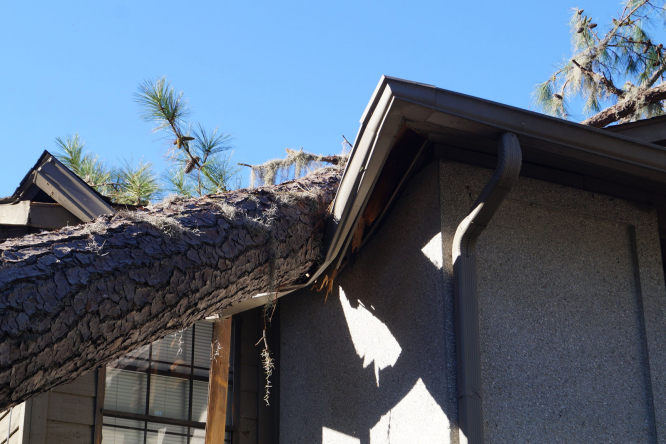 Storm damage is excluded from the usual cases in France where a neighbour can be held liable Pic: Josh Foote / Shutterstock

Reader question: Can I get compensation from neighbours after storm damage?

According to a recent court case, storm damage is excluded from the usual cases where a neighbour can be held liable.

The case centred on a landslide from the neighbour’s land, which happened during a storm. Mud, rocks and other debris destroyed the property boundary wall, and damaged the house and garden of the complainant.

He claimed the neighbour’s civil responsibility insurance should pay for cleaning up the landslide, and for reinforcing the sloping ground it came from to avoid it happening again. He also asked for damage relating to laws for troubles anormaux de voisinage (unusual neighbour disturbances).

But the neighbour argued the matter could not be judged by courts, noting the storm was so bad it had been declared a catastrophe naturelle. He said the event was a one-off, outside his control, unforeseeable and he could do nothing about it. He added that, storm aside, the land had posed no risk.

The case was decided in France’s highest court, the Cour de Cassation, which agreed with the owner of the landslide land. It ruled no court could judge the damage claim, because the situation was solely the result of the storm and not any action by the owner.

French property: Who is responsible for the upkeep of a shared wall?

What is law in France on neighbour's trees growing into my property?