Record numbers of chateaux for sale in France 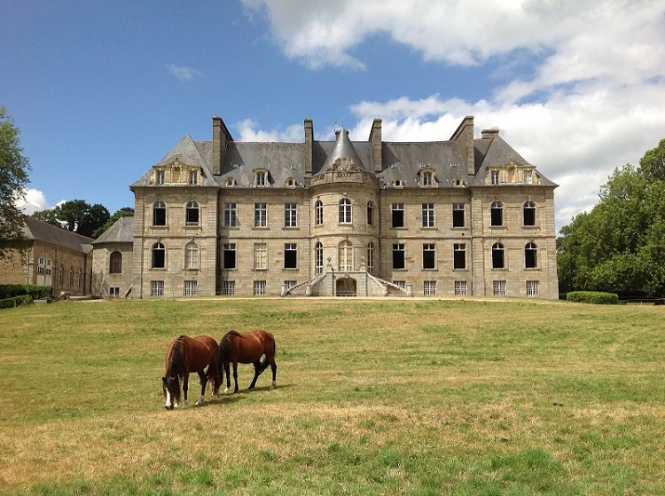 The Château de Robien reduced by €2.1m but still looking for a buyer after almost seven years on market
By Connexion journalist

There were around 800 châteaux on the market eight years ago but there are a record 1,500 today, with high maintenance costs likely to be the reason that many are not easy to sell, an investigation by Le Figaro found.

The website of the luxury homes agency Barnes International, for example, currently shows around 16 country chateaux of up to 2,000m² for sale for €3 million or less.

Some property experts suggest that apart from maintenance, another reason for the glut of chateaux on sale in France today may be that the world has become more urban – with less interest in rural living.

Those well-off enough to buy and keep up such properties are reportedly often very demanding, often demanding top condition, all mod cons and a location near Paris.

Such considerations may explain why the 18th century Château de Robien in Côtes d’Armor, Brittany has been on the market for almost seven years.

The chateau has a chapel, numerous outbuildings and 150ha of grounds with a river running through, including a 40ha ‘English-style park’.

It was reduced from an initial €4.2 million to €2.1 million but still has not found a buyer.

She extended it with help from famous architects including Ange-Jacques Gabriel, who worked at Versailles.

Two years ago, a would-be buyer who wanted to turn the 12,000m² property, with 62 bedrooms, into a hotel died suddenly.

It was built in 1646 on the banks of the Loire at Menars (Loir-et-Cher), near Blois, and has undergone around €100 million-worth of renovations in the last 30 years under the ownership of a Monaco-based property developer.

How­ever estimates of the current asking price are around €20 - €30 million.

It comes with classic French-style gardens that sweep down to the riverside.