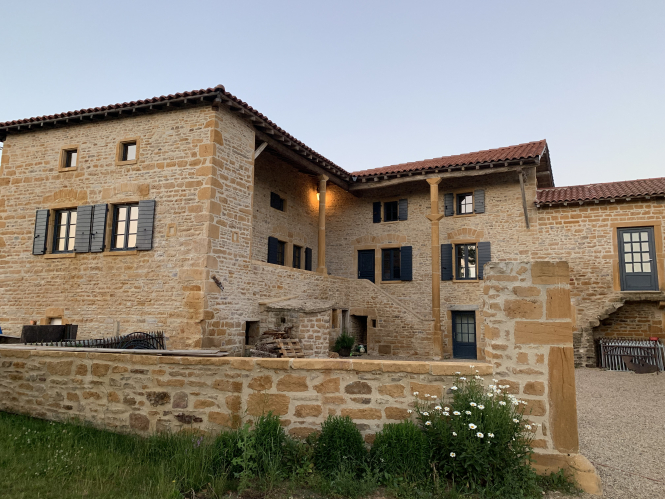 Cash prizes up for grabs

Nine cash prizes, from €1,000-3,000, are awarded – six for old buildings restored using traditional skills and local materials, and three for new-builds or extensions that integrate perfectly in the landscape.

The closing date has been extended from June 15 to August 15, due to Covid-19, and prizes will be awarded at the Salon International du Patrimoine Culturel at the Louvre in Paris in October.

Entry requirements and past winners

Entrants need to send photographs showing the before, during, and result of the project (maisons-paysannes.org/actions/concours/). Entrants may include associations, councils and professionals such as architects, but also homeowners who have taken on a restoration project themselves.

Last year, one of the winners was the Ferme de Bois-Méan at Arrou, Eure-et-Loir, where the foundations of a farm and its half-timbering dating from 1759 were restored and turned into a modern home. The old farm had not been lived in since the 1970s and had fallen into disrepair. Roofs were re-covered in local tiles, woodwork for the doors and windows was replaced, and the half-timbering wood was treated and filled with traditionally made lime plaster. The judges praised the respect for local traditions and techniques.

Another winner was a typical vineyard owner’s house at Bully, Rhône, which was renovated to become a home. It is a fine example of Beaujolais architecture and was built in different phases between the 18th and 19th centuries in a U-shape. It had not been lived in for 20 years and the oak woodwork was damaged, as was the stonework, which had been patched up with cement.

It was a huge undertaking, which included taking down and rebuilding the front wall, re-doing the joints with lime and sand from a local quarry and enlarging some windows to let in more natural light. The judges said the character of the house had been respected, even if there were a few transformations to make the living space more agreeable.

A new house built between stone walls at Thomery near Fontainebleau, Seine-et-Marne, won an award under the contemporary constructions heading. It is in a wine-growing area which remains faithful to a traditional and unusual method of growing vines against stone walls. These walls are spaced nine to ten metres apart and can be up to 100m long. The judges felt the new house, built of wood on an aluminium frame in the space between two of these long parallel walls, integrated perfectly into the landscape.

Got legal questions about French property and tax? Read this Q&A

Anyone who has restored or constructed a rural building in the past 10 years can enter. The Maisons Paysannes de France association, created in 1965, was one of the first to step in to save France’s rural architectural heritage. For 55 years, it has worked to give private individuals, public bodies and professionals the information and techniques they need for restoring and building in a way which respects local traditions and landscapes.

Nathalie Girard, who is running the competition, said Maisons Paysannes de France (maisons-paysannes.org) is interested in all rural buildings, from grand chateaux to humble dwellings, as well as structures such as dovecotes, bread ovens and village wash houses.

She said: “I think we have contributed enormously to preserving France’s rural heritage. We began in the 1960s when older buildings were beginning to fall down, or be destroyed to make way for new and often out-of-place modern buildings. Maisons Paysannes de France was a pioneer in this field.”

The organisation has branches in nearly every department. Anyone who joins, at a cost of €32 a year, can get free advice. You can ask for a visit from a team of volunteer artisans, architects, and property owners with restoration experience who are passionate about local architecture.

They will spend several hours discussing the best way forward, Ms Girard said. “For example, you may want to enlarge a window and they could advise on how to do it and in what proportions. Or we can give information about pointing because this depends on the region you live in. After the 1914-18 war, a great deal of knowledge that had been passed on between generations for centuries was lost with the deaths of thousands of soldiers, and bad practices sprang up. We try to encourage owners to go back to what was used traditionally.”

She said one of the first fundamental rules on how to preserve, restore and adapt an old building to modern needs is to take your time. “You need to know your house. Go in, go out, walk around, observe the effects of the light from sunrise to sunset, and understand what makes up its charm. It is possible to add modern aspects but you have to find the right way to do so while respecting the building as it was created. There may be no window on the north wall, for example, because it would let the cold in.”

Ms Girard said it is often preferable to choose the right artisan for each job and to make sure they are willing to respect traditional techniques. On Wednesday afternoons, there are free consultations available with the association’s architects in Paris. Members can download information documents from its website on different techniques. Branches hold courses during the year on skills such as pointing or building dry stone walls. Maisons Paysannes de France also runs courses for professional qualifications, which is one of its important missions, to ensure that there are artisans to keep up traditional skills.