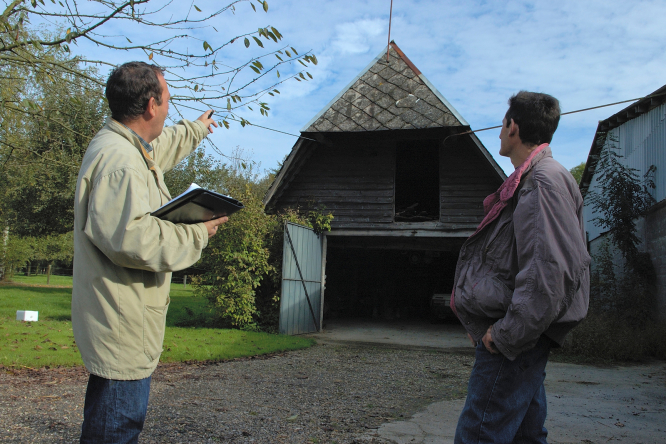 Sale contracts for homes in France often contain a standard clause that exonerates the seller from hidden defects. However, a legal expert has warned this is not always a cast-iron guarantee Pic: Photoagriculture / Shutterstock

The legal principle is that if buyers later discover a vice caché in the property, of which they were not aware when purchasing the house, they can annul the sale or seek damages from the seller.

The defect must be of such a nature that they would not have bought the property if they had known about it, or would have offered substantially less for it.

'Not always a cast-iron guarantee'

Sale contracts for homes in France often contain a standard clause that exonerates the seller from hidden defects.

However, following a recent court challenge, a legal expert has warned this is not always a cast-iron guarantee.

The case was brought by a buyer who claimed he did not know there was asbestos in the fibre-cement corrugated panel roof of his new home.

He asked the seller to give back some of the money paid for the property so the roof could be changed.

The seller refused, insisting it was obvious the roof contained asbestos. He produced reports which detailed there was no risk to occupants or the environment from the asbestos, which was well integrated into the fibre-cement panels.

However, after winning in a lower court, the seller lost two subsequent appeals. Judges said that although they accepted there was no risk from the asbestos, if the buyer wanted to install more insulation extra cost would be incurred as part of safety precautions and the seller should pay back money equal to this amount.

They said the fact that the seller knew the fibre-cement roof was likely to contain asbestos, and the buyer claimed he did not know, meant the guarantee against a vice caché could not be invoked.

Lawyer Christophe Georges, of Arguments Avocats based in Tours, said he suspects the fact that asbestos was involved probably had a large influence on the ruling.

“Asbestos is now part of the diagnostics which should be presented to clients in the written report on the state of the property,” he said.

“Where this is not done, even if it is in the context of a fibre-cement roof, it opens the door for buyers to take sellers to court if they find asbestos later.”

Mr Georges said the guarantee against vices cachés for sellers was no longer the catchall it once was.

“Legislation to protect consumers has evolved considerably and property law has not been immune to this trend.

“Increasingly, if something like the risk from asbestos if the roof is worked on, or from old lead-based paint, is not written in the diagnostic report, there is a chance the buyer will have a case against the seller,” he said.