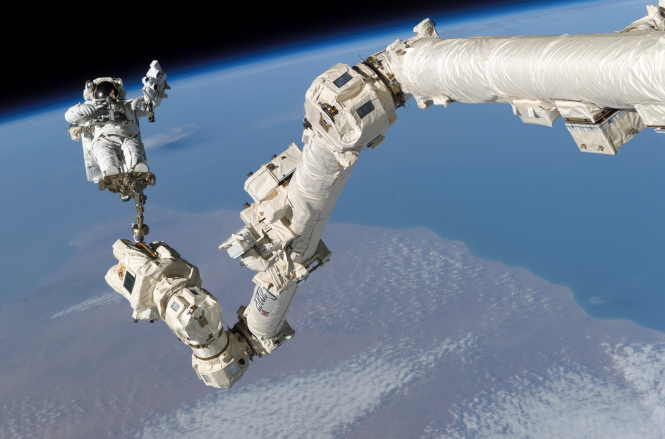 The European Space Agency has launched a new recruitment campaign for the next generation of astronauts - and is also actively looking to recruit someone to take part in a feasibility study on space flight access for people with a physical disability.

Candidates who want to be the next Thomas Pesquet - currently preparing for his second trip to the International Space Station -  have until May 28 to submit their online applications to become an astronaut or parastronaut at the jobs.esa.int website.

Those who are successful will start a selection process lasting until October 2022, when up to six candidates will be chosen.

Applicants must have a master's degree in a scientific field, or a medical degree, and three years' professional experience. The age limit is 50. Fluency in English is required, and a second language is an asset. A medical certificate of the type required by pilots must also be provided.

The ESA's search for a parastronaut is a world first. The agency is particularly looking for applications from suitably qualified people with lower limb disabilities, or those of a small stature.

The lengthy selection process consists of up to six examinations, and 'will take more than a year' the agency said on its website. After an initial screening of applications, applicants will take cognitive, technical and personality tests. Psychometric evaluations will follow, followed by further medical tests and two sets of interviews.

French astronaut Thomas Pesquet and his crew proudly showed off their new spacesuits recently as they continue preparations for the Alpha Mission later this month.

In the current edition of Connexion, we speak to the scientist preparing gourmet French meals for the trip. Subscribe now and get access to the April e-paper