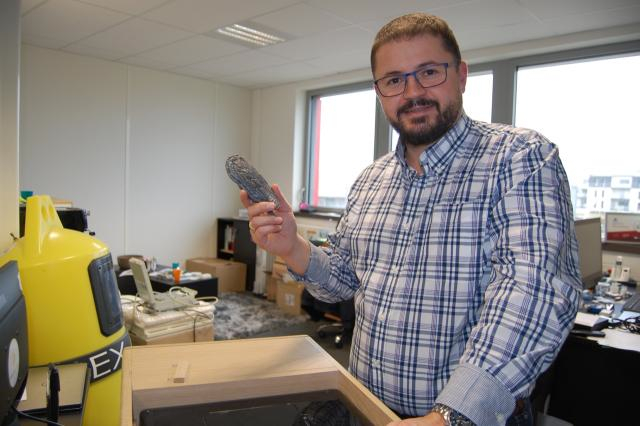 Plastic oysters filled with tracking electronics are helping to prevent hundreds of thousands of euros-worth of thefts.

The fake oysters, which are indistinguishable from the real thing, have led to 15 prosecutions for theft or receiving stolen goods after just six months of use.

Emmanuel Parlier came up with the idea after seeing a buoy which sends real-time data from oyster beds about water temperature, salt levels, opacity, tides, and other details.

“I went to the main trade fair for professionals, and the producers were impressed and said it was a magnificent but expensive tool,” said Dr Parlier.

“However, it was no good buying an expensive buoy to look after their precious oysters for the 36 months it takes to grow them when they are stolen just before going to market.”

Gendarmes estimate that about 100 tonnes of oysters are stolen from beds in France every year. Wholesale prices are just over €4,000 a tonne, so the loss for oyster farmers, often small family businesses, is considerable.

Using tractors, which are also often stolen, and operating in the dark at low tides, thieves can clear beds in less than 45 minutes.
Most of the stolen oysters are sold in France through market stalls or unscrupulous fishmongers, but some are believed to go to Italy and Spain.

Dr Parlier was running a consulting business for oyster farmers and formed a company, called Flex Sense, with two colleagues to develop and commercialise the tracking of oysters.

A mix of GPS and long-wave radio technology means that any suspect movement of oysters with the tracker among them results in an alert.

Food-grade plastic and colourings are used for the shell and all the parts, except for some small electronic components, are made in France.

In the first six months after they went on the market, there were 150 alerts, 15 of which resulted in legal action, either for theft or for receiving stolen goods.

Flex Sense is based at La Roche-sur-Yon in the Vendée and a first round of capital fundraising saw the company gather €250,000 for research and development, which led to the product going on sale in mid-2019.

A second round was due to be held in February, when Dr Parlier hoped that a similar amount would be raised to allow the firm to hire three sales people across France, and also in other countries in Europe and the United States.

Ireland, in particular, is known to have a problem with oyster theft.

Oyster producers pay €150 for six false oysters and then €10 per month for the tracking and alert service.

Flex Sense has worked with insurers, and producers using the system can now be insured against theft by the French insurance company Groupama.

The technology has led to another idea the firm is developing: connected bark. Resin containing tracking technology is disguised to look like bark from valuable trees, which are stolen, mainly in Africa.