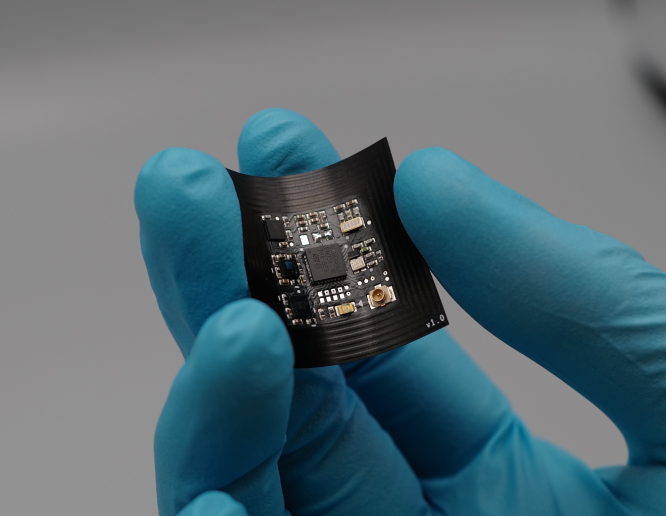 The cells are based on ordinary paper from sustainable forests and are competitive against small lithium-ion batteries on price. Pic:

Commercial uses are being explored for a paper-based fuel cell which can replace batteries.

The cells, developed over the last 30 years, could be used for enhanced tracking in transportation and logistics, say developers, as well as in medical products, including patches to monitor glucose levels for diabetic patients.

Many firms use RFID stickers to mark packages or pallets. They give information to a radio scanner placed close to them, allowing people to see on a screen what the package contains, where it was sent from, and where it is going.

When combined with a power source, such as a fuel-cell or battery and sensors, RFID technology can be developed further, gathering and storing information such as the temperature in the package.

Rodolphe Durand Maniclas, chief business development officer at university spin-off BeFC, based in Grenoble, told The Connexion: “Obviously, this is in the news at the moment because of the importance of keeping track of the temperature of Covid vaccines.

“It is one example of the potential for the devices, and we foresee that as people get used to having more and more electronically connected devices in their lives, the demand for our fuel cells will increase.”

The cells use sugar solutions as fuel, which react with enzymes impregnated in the paper, producing low power suitable for devices using millivolts of electricity. They are being developed first for medical and logistics purposes.

“They are ideal for powering sensors in patches which are stuck to the skin, and which last for two weeks,” Mr Durand-Maniclas said.

“At the moment there are some patches developed using batteries but they have problems such as being difficult to dispose of, while our fuel cells, for the same price or even cheaper, are biodegradable.

“Another use we are considering is a glucose monitoring patch which will be useful for patients with diabetes, and we are looking to develop one which will last two weeks and power a sensor able to record and store information during that time.”

Since the company said it was ready to commercialise the fuel cells, it has received many demands from businesses interested in including them in their products.

One problem was the incompatibility of many existing electronics circuits with the fuel cells, so BeFC is also now offering fuel cells and their associated electronics.

The cells are based on ordinary paper from sustainable forests and are competitive against small lithium-ion batteries on price.

They can be joined together in series for more power, or made bigger to produce more electricity, but doing so quickly means they become much more expensive than batteries.

Some experiments have shown they can be refuelled, but Mr Durand-Maniclas says this idea is unlikely to be developed at this stage.

He said: “They are ideal for single-use devices, so that is what we are working on.”

The company is making 1,000 of the fuel cells a week for laboratory experiments but it is sourcing machinery which will allow industrial production to start, possibly later this year.

Artificial hearts to be available in France by 2023

Canned wine expands in France
27 November 2021
More from Science and Technology
More from Connexion
Get news, views and information from France
Join the newsletter
Subscribe to The Connexion