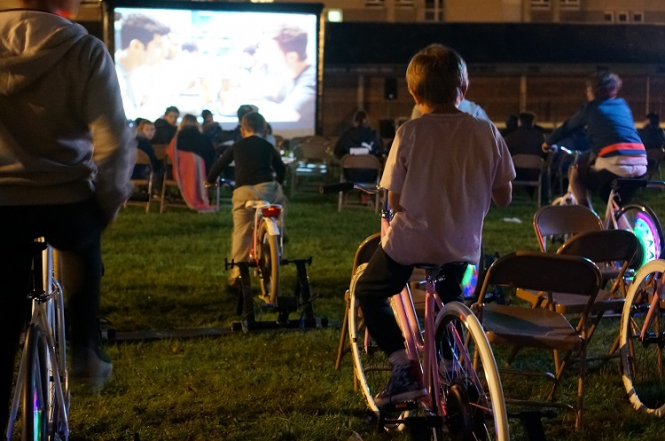 Up to 20 cyclists will take to stationary bicycles to generate enough electricity to screen a cycling comedy in the Brittany port town on August 16.

The event – the second to be held in Saint-Malo after a successful debut last year – is one of more than 20 pedal-powered movie screenings this year organised by Ludik Energie.

The company produces a range of eco-friendly events for clients, and has run ‘Vélo-Cinéma’ events since 2014.

“We wanted to develop our range of events by finding new ideas to raise awareness of sustainable development through fun events,” spokeswoman Candice Petitclair said.

The company can also put on pedal-powered concerts, e-gaming and DJ events.

“It is growing in popularity and attracts cinema lovers and cyclists in equal quantity,” Ms Petitclair said.

Both adults and children are welcome to ride the cycles to power the movie, and anyone concerned that they may not be able to pedal for entire film need not be concerned.

Ms Petitclair said that, after an initial five-to-10-minute push to charge up the system, ‘pedalling becomes as simple as riding along a flat track’.