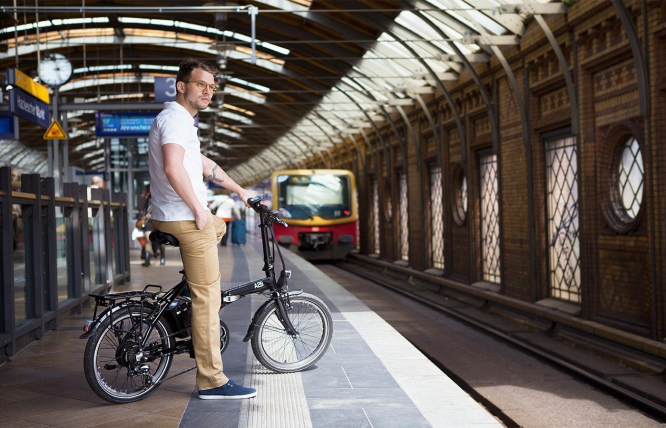 Cyclists could get up to €700 off the price of an electric bike as the government has launched a two-year push to get people out of their cars and cycling more.

It is giving a grant of 20% (up to €200) of the cost to e-bike buyers which can be added to the aid already offered by several dozen towns and cities across France. In some cases this amounts to €500.

It will help cut the cost of e-bikes that can cost from €600 to €5,000 but does not mean buyers will get a €600 e-bike for free. Local council aid is based on a percentage of the buying price – the Plaine de l’Ain communes in Rhône-Alpes offer €500 up to a maximum of 30% of the price.

However, with local budgets under pressure, the government’s move may mean that councils will decide that there is less need for them to offer extra cash.

Electric bikes have been increasingly common in towns and cities across the country as they help take the puff out of pedalling – jumping from 3,900 bikes sold in 2005 to 100,000 in 2015 (when nearly three million bikes sold in total).

Cycling-friendly policies have also helped with many towns installing cycle lanes and setting up 30kph town-centre zones. This has helped Grenoble to reach 59% of road available to cyclists and the town of Sceaux in Hauts-de-Seine is in top spot, with 94% of its roads cycle-friendly.

A new government website (in French) has been set up by the Agence de Services et de Paiement to process applications for reimbursement for e-bikes bought over the past year.

Although cycle helmets are not compulsory for adults in France, they are now compulsory for under-12s and adults accompanying a helmetless child will face a €135 fine, reduced to €90 if paid in 15 days.