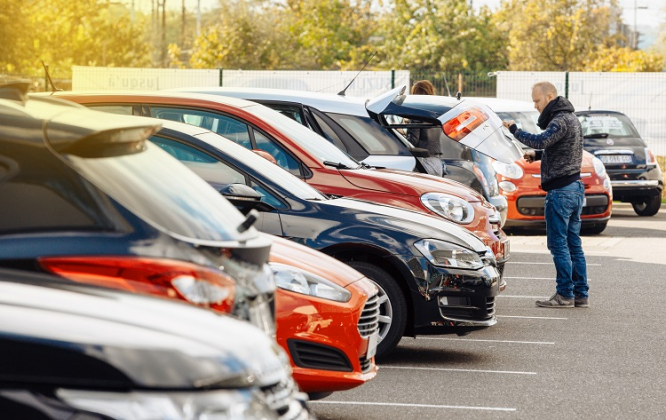 Losing both car and money in a private sale is a key fear for many people and few payment methods are 100% secure but there are a host of other arnaques included some which dealers are blamed for.

They range from wrecks tarted up for a cheap sale; speedometers wound back; missing papers, especially the carnet d’entretien logbook, repair bills and contrôle technique; extras that are not on the car, and receiving only one set of keys.

Car sales website La Centrale found in a survey that 84% of French people thought secondhand sales were a con... and the DGCCRF consumer protection agency backed this up with checks showing one in two of cars sold by dealers had a fault or did not match the advert.

Pierre Chasseray, of drivers’ group 40 Millions d’Automobil­istes, said the problem was so great they were launching a dedicated web­site later this year to help buyers beware.

“The biggest problem is the ‘clocking’ of cars where sellers turn back the speedo [the DGCCRF found one scrapyard that sold a car with 55,000km on the clock when the real distance was 347,000km]. It is said 5-10% of cars in France have a ‘clocked’ speedometer.

“Then you have a written-off car that is put back on the road and the buyer cannot use it – we know of more than 1,000 cases of this at the moment.

“Bouncing cheques are also a serious problem but this can also effect the chèque de banque which is said to be the safest way to pay for a vehicle.

“The buyer draws a chèque de banque but it only proves there was money in the account when the cheque was drawn.

“Crooks withdraw the cash before handing over the cheque to the seller. Once paid into their account they only find out it is a dud about a week later when the bank finds there are no funds to support it.

“The seller has lost both car and money.”

Mr Chasseray said the number of frauds seems “infinite” with foreign sales adverts asking for money to get the car to France – many of these involve cars in the UK – with crooks asking €1,000 or €500 ‘upfront to help with travel costs’.

Some industry experts say cash is secure as there are relatively few high-value counterfeit notes in circulation but, as there is no upper limit for private sale payments, it can make for an anxious trip to the bank.

Make sure to get a receipt for any payment more than €1,500.

With more car sales being done or started on the internet AutoPlus magazine says buyers have to become their own ‘lie detectors’ to spot the fakes.

First and most obvious sign of a scam is a car priced suspiciously low. Sites such as La Centrale and L’Argus can give a typical price but a glance at the prices in ads for similar vehicles should also highlight it.

Written-off cars can get a quick fix to get them running but these épaves are not safe for road use with damaged suspension, twisted chassis, used airbags or failing electrics.

Low price is often the first indication but new paintwork gives a reason to look inside both bonnet and boot to see if work was done or if mech­an­ical parts have white paint typically used in scrapyards.

If the car is a bit scruffy and the engine compartment is pristine, that is a sign that something is not right.

When taking a test drive – and Mr Chasseray said you should not presume a ‘buyer’ is honest and let them drive alone – hold the steering wheel gently to see if there is any ‘pull’ or ‘play’ in the steering. Also test the clutch by trying to accelerate with the handbrake on.

Using an expert to check the car over can give double reassurance as they will spot an épave as each is registered and a willingness to allow an expert to see it can be a good sign.

An expert will also check all the car’s papers but it is difficult to spot a clocked car and AutoPlus says 600,000 clocked cars are sold each year.

Once bought, use the website of UTAC (utac-otc.com), the agency overseeing the contrôle technique to verify records of kilometrage

Chèques de banque are not necessarily secure as copies can be very convincing. Best advice is to check with the paying bank. Look up its number – do not use that on the rear of the cheque – to check it is good. Do not hand over the car until the money is in your bank.

Safer still, use a digital payment site such as Paycar or Depopass, as some sales websites do, where both parties set up accounts to secure both sides of the transaction.