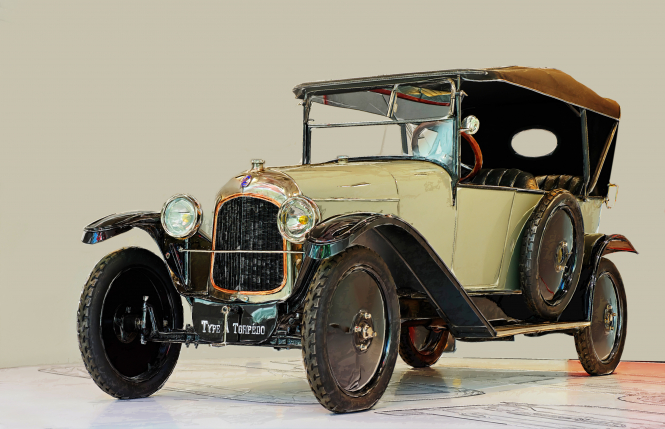 The Citroën Type A Torpedo was produced from June 1919 to December 1921 in Paris. It was the first Citroën car ever made. Pic: Zoran Karapancev / Shutterstock

France’s first official highway code is 100 years old today, having been published on May 27, 1921.

It was created to harmonise the various traffic rules that existed around the country and to help manage the growing number of motor vehicles on the roads.

“Each municipality applied its own measures to regulate traffic. There were huge absurdities that arose from this, so national rules were needed,” he said.

The first highway code contained rules such as every vehicle should have a driver and so has no room for self-driving cars.

It also stated that drivers should be “in a constant state of readiness and position to steer their vehicles or guide their carriages, horses, or cattle” and that they “must warn other drivers and pedestrians of their approach”.

The 1921 code was also the first time that the rule of driving on the right was officially enshrined in law in France.

But this was nearly not the case.

The debate on road safety in France began in 1903 following an accident on the road between Paris and Madrid in which eight people were killed and 20 more injured.

In 1909, a national commission was set up and tasked with creating a highway code and determining the side of the road that vehicles should drive on.

Up until that point, vehicles in France had mostly been driving on the right but it was not official.

There was a proposal, which had majority backing, in the 1912/13 draft version of the highway code that supported driving on the left, in the “English manner”.

Supporters said that the traffic accident rate was lower in England and that it was safer for pedestrians (this claim was without basis).

However, World War One began the following year and the highway code was shelved for six years.

In 1919 another commission was charged with finishing work on it. This commission rejected the idea of driving on the left.

The highway code was finalised and promulgated in 1921, with driving on the right enshrined in law. If it had not been for the First World War, though, things may have turned out differently.

The 1921 version states that drivers “may use the middle or right-hand side of the road but are strictly forbidden to use the left-hand side, except when overtaking or turning”.

Over 1.5 million people sit their practical driving test in France every year.

A guide to French car insurance

French ‘RoboCrop’ pilot scheme could be solution for small-scale farms
15 October 2021
More from Transport
More from Connexion
Get news, views and information from France
Join the newsletter
Subscribe to The Connexion