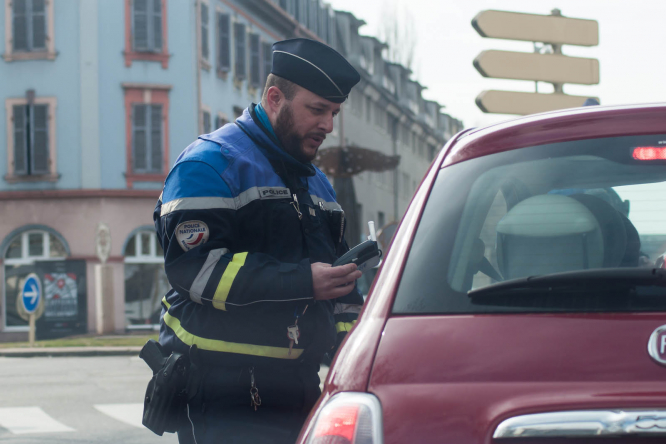 Failing a breath test will cost six of your licence’s 12 points in France Pic: NeydtStock / Shutterstock

Foreign drivers who move to France and drive on a non-EU licence generally have a year in which to swap it for a French licence or they will need to take a test. We look at how the point system works on French driving licences. Special arrangements were recently announced with regard to those who drive on British licences in France, who may or may not be required to swap depending on their situation.

Holders of French driving licences have a maximum 12 points and points are deducted for speeding and other road offences.

A new licence obtained by taking the driving test starts with six points and is called un permis probatoire.

Two points are added every year for three years to reach the full 12 if no offences are committed. This timeframe can be shortened to two years if advanced driver training is carried out in an approved driving school or association between the sixth and 12th month after you get the licence.

As with much administration, licences that used to involve a trip to a local prefecture have moved online.

The most important thing to know is how many points remain on your licence.

For this, a dedicated site called Télépoints has been set up using the FranceConnect login, or a code related to a letter to you about losing points.

Only you, the prefecture and legal officials are entitled to information about your points – insurance companies and employers cannot require you to supply it. You have a legal obligation to declare to your insurer any cancellation of your licence if you have used all your points, or if it is taken from you for any other reason by the courts.

You are also under a legal obligation to tell your employer you have lost your licence if you need to drive for your job.

You can lose your job if the offences were committed in work hours, or if losing your licence means you cannot work. A chart explaining how many points you lose for each fault committed is available on the government site.

Refusing to be tested for drink or drugs, or driving a vehicle not equipped with an alcohol test lock if ordered to have one fitted by the court, is also a six-point loss.

There are 18 moving traffic offences for which points can be deducted.

How long you have to wait before being able to claim back points gets complicated.

Losing your first point means you have to wait two years to claim it back but if you lose another point during this period, they can be claimed back after six months – as long as points are lost for contraventions (minor offences) of the first, second or third degree and only one point is lost at a time.

For contraventions of the fourth degree and délits (a more serious category of crime), and for cases where more than one point is taken, it is 10 years to get your first points back and three years to recover extra points lost during this period.

The most points you can lose by committing a number of offences at the same time is eight – unless they include délits and the judges decide to take your licence away.

It is possible to take driver training courses – stages de récupération des points du permis – to accelerate the points reclaiming process, at officially agreed centres, as long as you have not lost all 12 points.

You can only do one stage a year and get back a maximum of four points per year.

Most cost around €200, although prices can be higher, and have to take place on two consecutive days.

Since 2013, new licences issued in France have been of the EU plastic credit card type.

Replacements cost €25, to be paid online with a bank card at the time of the replacement request through the government website ants.gouv.fr. If a licence is lost, a declaration of loss has to be made at the same time as the application for a new one.

If a licence is stolen, the theft has to be declared at a gendarmerie or a police station before applying for a new licence.

If a licence has been suspended by the courts, the holder has to apply for a new licence once the suspension period is over.

The cards have to be renewed after 15 years.

Foreigners from states without exchange agreements with France on driving licences who take the French driving test because they were not able to swap start with six points, just like all new drivers in France.

Usually where a swap agreement exists with a country, a new French-issued licence has a full 12 points. This is the case with regard to the new Franco-British agreement, unless the licence was issued for the first time within the previous three years.

What to do if you are among 1.4 million hit by Paris Covid data theft
20 September 2021
More from Transport
More from Connexion
Get news, views and information from France
Join the newsletter
Subscribe to The Connexion