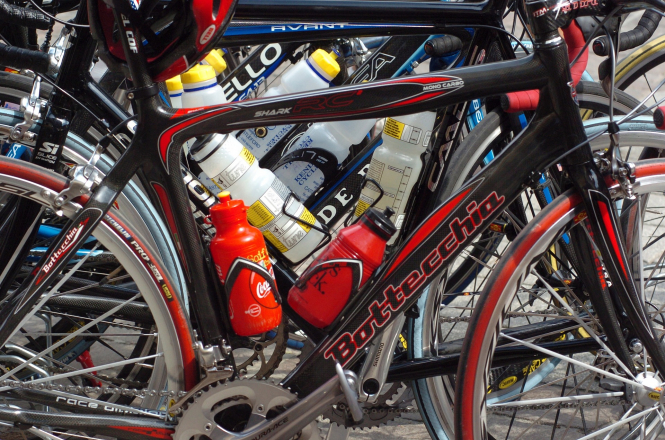 Since April 1, the inhabitants of Lille can get financial assistance for the acquisition of a new bike – and cycle shops say the scheme is already a success.

"Before, we sold two or three bikes a week. Since the introduction of this grant, in 10 days we have sold 15," said Alexis Francke, a salesman at Decathlon Mobility at Lille Flandres station. "We multiplied our sales by five."

The story is similar at department store B'Twin Village, where a manager told La Voix du Nord of a "record" 1,027 bicycles sold in a single week, and at Specialized, on rue Gambetta.

The grants were put in place by the European Metropolis of Lille (MEL), with the aim of promoting the bike as a preferred mode of transport around the city. Anne Voituriez, vice-president of MEL, said she wanted "to raise awareness among metropolitans to change their behaviour.”

"For short trips, it is better to favour the bike,” she said.

The city’s new cycle-friendly layout, in place since last September, has also reaped the rewards with a 42% increase in the number of bikes on the road compared to 2015. Hence the promise of 100km of additional cycling routes, and help with the purchase of conventional and electric bicycles.

This grant is fixed at 25% of the purchase price, with a ceiling of €150 for a standard bicycle and €300 for one with electric assistance.

"Customers are not all aware that this help exists," said Alexis Francke, at Decathlon. “I have made the grant request myself, so I have no problem in informing them. After that, they buy their bicycle immediately to get the invoice and make their request [for a grant] as soon as possible. "

The government’s electric bike subsidy scheme offers a grant of 20% (up to €200) of the cost to e-bike buyers which in some cases may be added to the aid already offered by several dozen towns and cities across France.

According to the most recent survey of French travel habits in 2016, daily bike journeys currently only make up about 1.5 of all trips  - Lille aims to increase this to 10% by 2020.