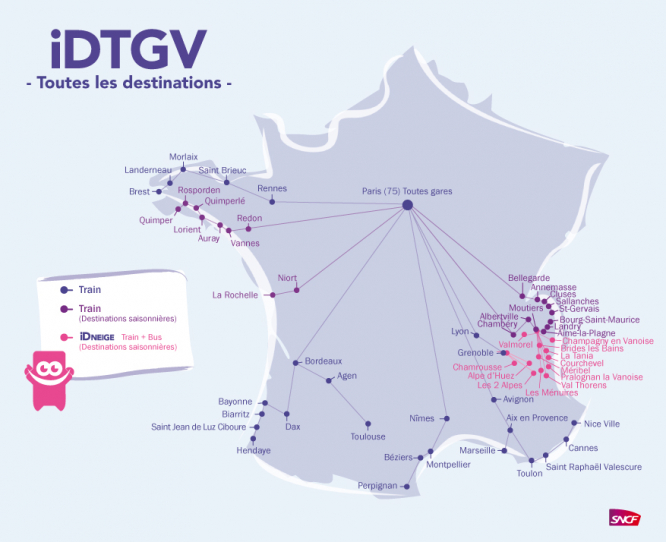 Following complaints and a social media backlash from its 10,000 subscribers, the French state-owned railway company SNCF has decided not to permanently cancel subscriptions to its iDTGV MAX travel scheme. Instead it has extended until May 2019 a modified, more limited version of the travel offer.

The iDTGV MAX experiment was launched two years ago, with rail travellers paying a fixed monthly fee of €64.99. Other benefits included being able to book just 45 minutes before any departure or cancel and get a refund on any booking cancelled five hours before departure.

However, as reported in the March edition of Connexion, SNCF users were furious when they received an email saying the service would be cancelled in April this year. They say they were never told it was just an ‘experiment’ and many had organised their private and working lives around the offer, which had made regular long-distance travel affordable.

‘Maxtrotter’ – as the SNCF calls subscribers – Barbara Laurent, a user ‘since the first hour’, launched a petition and called on SNCF to make up for the disappointment by opening up TGV Max to all those who were subscribed to the old formula, not just those aged under 27 (in January 2017, SNCF launched the Happy Card, which allows unlimited TGV and Intercité travel for 16-27 year-olds). She said the change had “destroyed all of the arrangements we had put in place since having this magic card”.

SNCF agreed to receive a group of iDTGV users and says that it considered their complaints.

However, it seems the scheme did not prove successful enough in financial terms for the rail company: it set aside an average of forty seats on each of the designated trains iDTGV for subscribers, but they were not always used. “We realized that there was a problem of filling, and that sometimes we blocked empty spaces that could have served other customers,” said the SNCF.

The company is now offering those already subscribed a iDGTV MAX 2 scheme, for the same monthly price but with the number of trips limited to 12 per month.

“By surveying our subscribers (3,700 answers out of 10,000), it was understood that those who travelled the most, carried out around eight journeys per month”, added the SNCF.

iDTGV is a wholly owned subsidiary of the SNCF, operating high-speed TGV (trains à grande vitesse) services on high-speed lines throughout France. All trains run either to or from Paris, serving stations in 25 large French towns and tickets can only be purchased online.