Cookie Consent by FreePrivacyPolicy.com Why cost of car repairs in France could plummet next year French News and Views in English | The Connexion
15 may 2021
Classifieds Currency exchange Newsletter
Login Register BASKET
Facebook Twitter

Why cost of car repairs in France could plummet next year 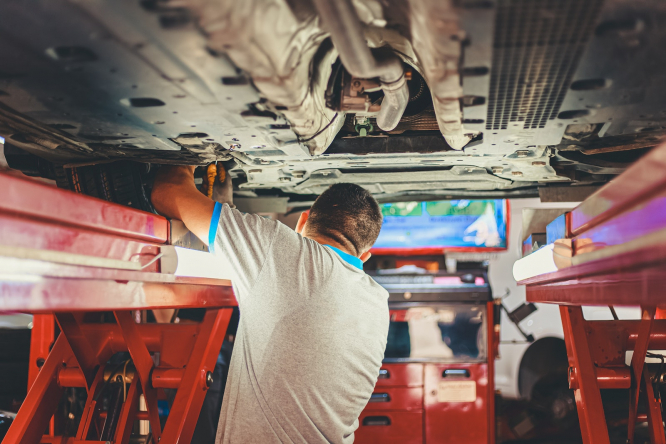 MPs have proposed a bill that would make the price of vehicle repairs significantly cheaper by breaking carmakers' monopoly on key spare parts.

The new bill is intended to make good on a promise made by former Prime Minister Edouard Philippe at the height of the gilets jaunes crisis, and would liberalise the market for visible spare parts such as wing mirrors and bumpers, from January 1, 2022.

“In France, visible parts - such as bumpers, bonnets, windscreens, lights, or mirrors - are protected under design law and copyright … Only the manufacturer can distribute these parts to the various repairers. This monopoly situation is however not without effect, in particular for the user, the motorist,” write the La République En Marche MPs proposing the bill.

Read more: What changes for drivers in France in 2021

They cite a study by the UFC-Que Choisir consumer association which said that opening up spare body parts to competition would save households €415million.

"The UK, Germany, Spain and Italy, among others, have liberalised their market, but not us, Mathieu Séguran, of the Fédération de la distribution automobile, told Le Parisien.

The price of spare parts for cars rose 6% in 2019 and 5.8% in 2020 in France, as manufacturers clawed back costs of lower prices on the forecourt, according to the Sécurité et Réparation Automobile association. The cost of a replacement driver's side exterior mirror alone can rise above €1,000 for some high-end SUVs.

Body parts supplier Aniel has said the cost of some parts - before labour - could fall nearly 70% if the market was freed up.

And insurers say they may be able to reduce their charges, too, if parts were less expensive.

"We are completely willing to seek to reduce the cost of repairs and therefore contributions," a representative of insurer MAIF said in Le Parisien.

The bill is yet another effort to break manufacturers' stranglehold on the market. As long ago as 2012, the Autorité de la concurrence recommended a “gradual and controlled lifting of the monopoly on visible spare parts”.

MPs have voted in favour of liberalising the market twice since 2019 - but the Conseil Constitutionnel ruled the final bills could not be admitted into law.

"Since several legislative vehicles have not been able to allow the realisation of this measure ... this bill intends to bring it to an end," say MPs. The bill now has to be approved by MPs and the Senate before it can pass into law.

Brexit - New rules for importing a UK car to France

Make sense of driving in France