'Home' is taken out of homework 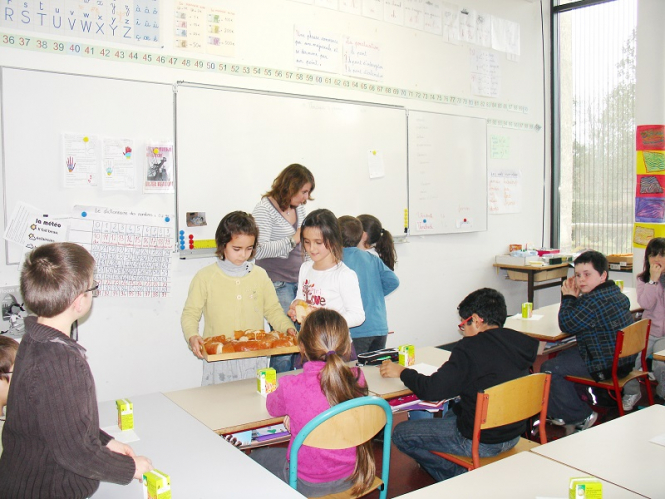 On homework, the minister wants children to be able to do their devoirs at school, to end inequalities between those that have parents who can help them and a quiet area to work in and those that do not.

The primary school changes may involve children changing back to a four-day week as Mr Blanquer has said that decision will be made locally.

Free voluntary study sessions will be made available to pupils in collèges from September and it is planned to extend this to primaries with a progressive introduction in 2018, 2019 and 2020.

Mr Blanquer said homework was necessary as each child needed to work on their own, in a calm atmosphere to do, or redo exercises, learn or revise lessons, improve memory and develop analysis skills. However, he said that, at present, homework does not help all pupils and he hopes the opportunity of doing it at school will help.

This may depend on the abilities of the person supervising the session. The idea is to use teachers who are willing to do extra paid hours, and if not, use teaching assistants, young people taking part in the voluntary service programme, Service Civique or retired people and students.

Connexion wine columnist Jonathan Hesford, who has a vineyard at Trouillas, Pyrénées-Orientales, has two daughters at school in France. Lydia is 16 and going into the terminal class at lycéé at the rentrée and Isabelle is 12 and will be in 4ème at collège.

Mr Hesford thinks doing homework as school is a good idea. “Children who don’t have help at home are at a disadvantage, so this would make it fairer.

“For English speaking parents it can be difficult to help with French homework, for example because we just don’t have the necessary breadth of vocabulary. I have often found my children have had exercises on a subject before it has been fully explained to them, particularly in maths, and it would be useful if they had some help there.

“The idea of homework is to work on your own of course, but sometimes the child just needs to be reassured they have understood the question properly.

“It is a good idea if there are adults on hand who can help them.”

His daughter, Lydia agreed, but said it depended on the type of homework. “It is a good idea for written homework but if you are revising for a test and need to learn something you have to do that on your own without distractions.”

She said the quantity of homework varied widely from day to day but she and her father agreed it was difficult coming home late at six in the evening and then adding 1-1½ hours homework on the end of a day.

Gérard Pommier, president of the second largest parents’ federation, Parents d’Elèves de l’Enseignement Public (PEEP), says the announcement is hopeful: “Parents want answers to the homework question, and it seems the government wants to improve the way study periods are structured and go further, but we will have to wait and see what is actually put in place.”

Proposed changes to the rythmes scolaires school week come after the four-day week was changed in 2013 to  4½ days, which has seen children going to school on Wednesdays, something they did not do before, and having fewer hours on other days of the week.

That has given time at the end of the day for extra-curricular activities that are organised by communes. These have had more success in some areas than others, sparking criticism of the reform and its cost.

Mr Blanquer said decisions on this should be made locally and not nationally across the board. He wants the local education inspector, the commune and the conseil d’école, made up of teachers, parents and councillors, to find a solution. If there is agreement, change could be implemented straightaway.

However, changes are not likely before September 2018 although Montpellier mayor Philippe Saurel has already decided two schools of the city’s 123 will experiment by switching back to a four-day week next month.

If there is an improvement in academic results from these two schools he will consider re-introducing the four-day week, with Wednesdays free, across the city for the 2018 rentrée.

The Ministry of Education said studies had been done to find out if one method was better for children but had shown results were the same with both systems. A scientific appraisal is promised for the coming school year.

The FCPE feared the changes could introduce inequalities between communes rich enough to put on decent after-school activities and make the 4½ day week attractive and those that could not do so.

Ms Moyano said work still needed to be done to work out which of the rythmes scolaires was best adapted to primary children: “Our country is the one which has the most unbalanced school hours; we have a very heavy school week and holidays which are much too long.”

One of the major areas of dissatisfaction with the collège reforms of 2016-2017 was the abolition of bilingual classes, European Sections and Greek and Latin classes.

Education Minister Jean-Michel Blanquer has said collèges may reinstate these options, if they so wish, and from September, if practical.

A more wide-reaching change is the introduction of smaller class sizes in disadvantaged schools, classified Rep+, in first year of primary (CP). The aim is to have no more than 12 pupils to a teacher so all pupils learn to read, write and count.

Teachers’ unions said this would be hard to implement as additional teachers and classrooms would need to be found and there was a danger of ‘taking from Peter to pay Paul’.

Mr Blanquer said 4,000 extra teachers had been planned by the Hollande government and 2,500 of these would be used in the worst-affected areas along with others from the ‘more teachers than classes’ scheme.

Music lessons (both in school hours and out) will be encouraged from the rentrée and it is planned that on the first day, Monday, September 4, pupils will be welcomed to school by choirs and musicians.

Mr Blanquer said music was “essential for confidence building” and the “pleasure of learning was key to school success.”