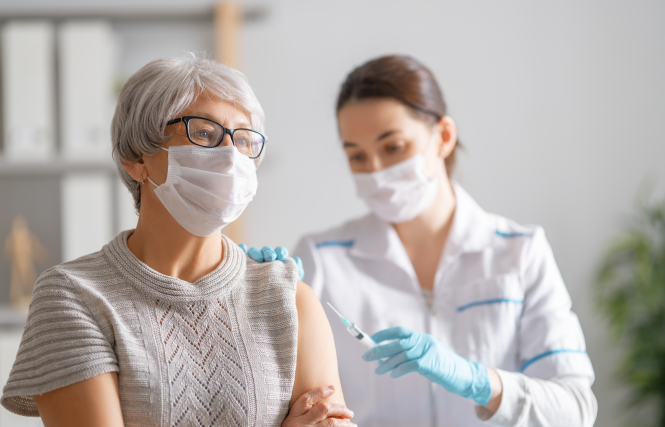 Data shows that France has administered over 100,000,000 doses of Covid vaccines since the end of December 2020 Pic: Yuganov Konstantin / Shutterstock

Reader question: President Macron said in his speech on November 9 that 51 million people in France have been fully vaccinated, equalling 75% of the population. However, websites such as the Johns Hopkins vaccine tracker and other international databases show France’s vaccination rate at 68%. Who is right?

President Emmanuel Macron did say in a televised speech on Tuesday (November 9) that 51 million people in France have been fully vaccinated against Covid.

This figure is actually a very slight exaggeration on what France’s own Health Ministry reports, which states that 50,306,463 people have been fully vaccinated in France (74.6% of the population).

You can see the official Health Ministry Covid figures for November 9 at this link.

The website Covidtracker.fr, which uses official data from the Health Ministry, has the population figure at 75%.

Our reader, though, is right to say that other tracker sites, such as the ones run by US university Johns Hopkins and online data platform Our World in Data, report that France has fully vaccinated just 68% of its entire population.

So, what is going on?

One likely answer is in the fine print on the Our World in Data site.

It states that: “Alternative definitions of a full vaccination, e.g. having been infected with SARS-CoV-2 and having one dose of a two-dose protocol, are ignored to maximise comparability between countries.”

France has since February this year considered a person fully vaccinated if they have already had Covid and then receive one vaccine dose after.

This means that some people who have only had one vaccine dose will fall under the French definition of being fully vaccinated, but not under the Our World in Data definition.

It can be assumed that Johns Hopkins uses a similar template to Our World in Data, as both show very similar vaccine rates for France.

However, there is a slight disparity, as Our World in Data reports that France has fully vaccinated 68.39% of its population, and Johns Hopkins reports 68.9%. The Connexion has been unable to clarify the reason for this slight difference, but it could be related to the population size they used for France.

Is France cheating to get its numbers up?

It is worth remembering that earlier in 2021 France struggled to get enough vaccine doses quickly enough, for which the government was criticised both domestically and internationally.

This could be one reason why France decided to take this route.

However, it is not without scientific merit.

Professor Daniel Floret, the vice president of the technical commission of vaccinations at the Haute Autorité de Santé, told Le Figaro in February that a person who has had Covid and receives one vaccine dose is more immune than a person who just receives two doses of a Covid vaccine.

“The scientific data show that the level of antibodies is much higher in people who have contracted the disease than in those vaccinated, even after two doses,” he said.

Several other studies have shown the same.

Our World in Data does not choose to ignore France’s domestic vaccine policy because it is not accepted scientifically, but only to make comparisons between other countries easier.

Many other countries, including Germany, Italy and Switzerland also employ the same system as France.

The UK is an example of a country that requires a person who has had Covid to still get two vaccine doses to be considered fully vaccinated.

As such, data from Our World in Data and Johns Hopkins more closely matches the UK’s official government stats on vaccine rates, with all three sources reporting the percentage of the population fully vaccinated to be around 67 to 68%.

For a more like-for-like comparison of vaccination rates between France and other countries, you can look at the total number of vaccine doses given.

For example, as of November 9, France has administered a total of 100,453,322 vaccines which includes first, second and third doses, the Health Ministry reports.

As of November 10, The UK has administered 106,749,454 vaccines, the UK government reports. The difference in how the UK and France classifies a fully vaccinated person caused some travel issues earlier this summer.

However, an alert was sent to vaccination centres in France in August saying that people who had only had one dose after having Covid were entitled to a second to ease travel issues.

You can read more about that here: Two jabs post-Covid now possible in France for travellers to UK