Do hunters in France have to put up signposts? 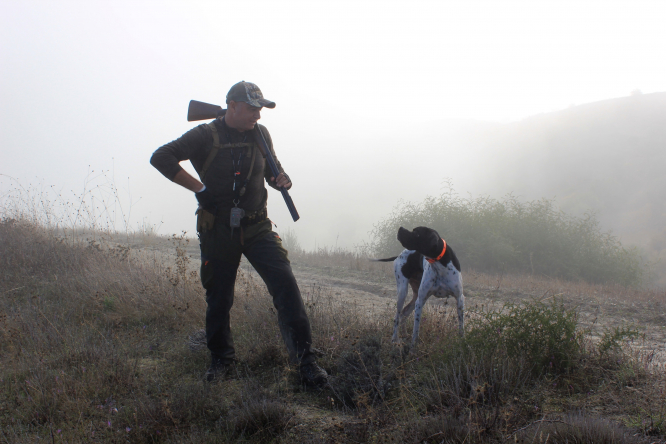 Reader question: I know that hunting is popular near my home but I don’t always see signs for it. Is it obligatory for hunters to put up signs? We don’t want to make an error when we are out walking.

This is a timely question.

As of October 15, 2020, it is mandatory for organisers of collective, big-game hunts to display signs near public roads or footpaths.

This measure has been introduced as part of a new ruling by the Ministry of Ecological Transition.

It states that signs must be put up on the day of the hunt, before hunting begins, that warn people they are entering into a hunting zone. The signs must be removed as soon as the hunt is over.

This rule only applies to collective, big-game hunting, i.e. the hunting of deer, roe deer, chamois (a type of goat-antelope) and also foxes.

The rules do not apply to individual small-game hunting, i.e. the hunting of rabbits, partridges, pheasants, etc.

Everyone participating in the hunt, even those without guns, must now wear a fluorescent jacket. Before, it was possible to wear one of various fluorescent clothing items, such as a cap or armband.

Hunters will also now have to take an obligatory refresher course on basic safety rules every ten years.

One, a 16-year-old boy from Charente-Maritime and the other a 76-year-old man in Oise, who was shot in the leg while on a hunt.

In late September this year, a 61-year-old Dutch tourist was taken to hospital after being hit in the shoulder by a bullet while travelling in a car in the southwest of France. It is believed the bullet was fired by a hunter.

This incident followed three other cases where hunters were shot in just one weekend in the southwest of France, as well as reports that an exhausted deer sought refuge in a construction site after fleeing hunters in a department in the north of France.

What days can hunts take place?

This is another common question about hunts in France.

In fact, hunts can take place any day of the week, although it depends on the region you are in and the game being hunted.

For example, certain species such as hares, pheasants, partridges, grouse, etc. cannot be hunted on a Sunday.

In some other regions, hunting is in general banned on Sundays.

The hunting season in France generally runs between September and February, although it differs depending on the year, the department and the game.

Read more about hunting in France: