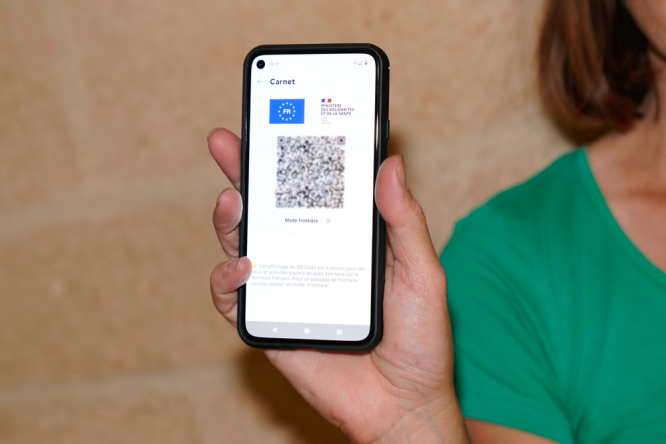 Tourists from outside the EU can get a QR code compatible with France's health pass if they have been fully vaccinated against Covid-19 with an EU-approved vaccine Pic: sylv1rob1 / Shutterstock

Reader question: Does the tourist health pass QR code work for Americans? We sent our demand in with the understanding we would receive the QR codes within 24 hours. It is now two days later and we still have not received them.

France has put in place a system for tourists who have been fully vaccinated against Covid-19 outside the EU to get a QR code compatible with the health pass, if they have been vaccinated with an EU-approved vaccine.

The government stated that priority would initially be given to tourists who are already in France or who will be arriving by August 15, with requests by people arriving after this date to be considered later.

You can read our step-by-step guide to doing this here: How tourists can get a Covid vaccine QR code recognised in France

The Connexion can confirm that the system has been working for some Americans and other tourists.

One reader from the US wrote in to say that he sent his request on August 10 and received the QR code the following day.

There are several reports on social media of people successfully getting QR codes through this method.

However, The Connexion has also received several reports stating that the process has not worked for all US tourists.

It is possible that French services have been overwhelmed by demands and the process is now going slower.

The Connexion has contacted the relevant French ministry to ask if there are any delays with the process, and is awaiting reply.

8 hours ago
5
What income must Britons show for a six-month visitor visa for France?