Is it illegal to carry a pocket knife in France? 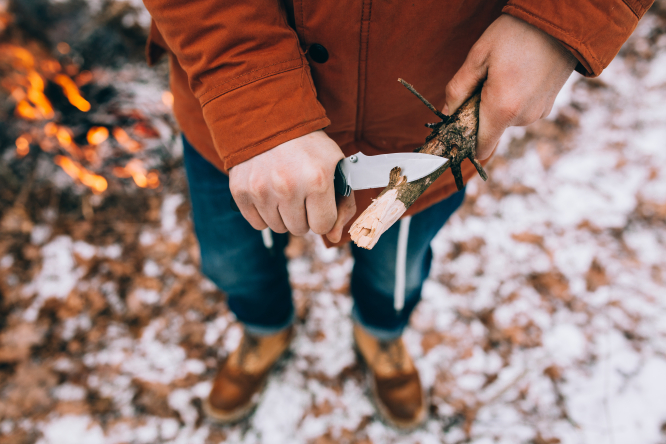 The rules around carrying pocket knives in France are not completely clear Pic: Dmytro Sheremeta / Shutterstock

Reader question: I have for many years carried a pocket knife with me because I spend a lot of time in both my garden and my workshop. While in conversation with a group of friends, it came out that here in France it is against the law to carry a knife as it is classed as a weapon. Am I breaking the law by carrying this knife?

Pocket knives have since 2013 technically been classified as a weapon, meaning that carrying one is illegal.

However, due to various reasons, you are unlikely to ever be caught with one, and if you are, the police are unlikely to take action if you can show that you are carrying it for good reason (i.e. going to a picnic, using it in the garden, etc.).

It is illegal to carry all category D weapons, which includes pocket knives (whether they can be bought over the counter or not). The penalty for carrying one is a fine of up to €15,000 and up to one year in prison.

However, despite this law, the police are highly likely to apply common sense if they find someone carrying one, according to TB Groupe, a French company that sells high-end cutlery.

Furthermore, the Code of Criminal Procedure (Code de procédure pénale) is strict on search measures, meaning police are very unlikely to search you unless they have a reason to.

You should be careful though not to carry the knife if you are intending to go anywhere where searches are carried out, for example stadiums, airports, concerts, public demonstrations or even sometimes museums.

In this instance, your knife could be confiscated and you could potentially be fined.

What is in my DIY toolbox after 18 years in France?

Who still has to pay the taxe d’habitation in France in 2022?
22 January 2022
More from Everyday Life
More from Connexion
Get news, views and information from France
Join the newsletter
Subscribe to The Connexion