How is France's new Covid app different from old one? 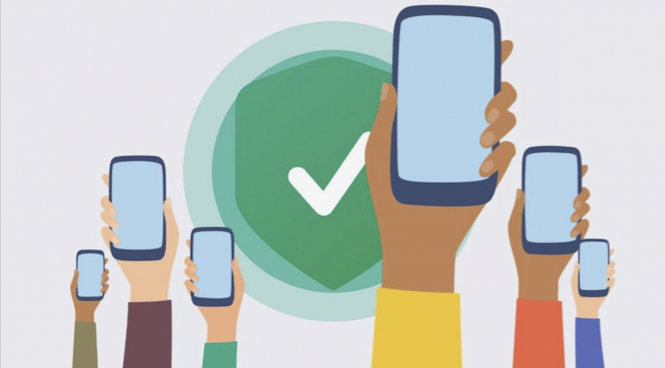 Reader question: What difference is there between France’s old coronavirus application and the new one? Are they compatible?

France launched an updated version of its coronavirus tracing app on October 22, changing the name from StopCovid to TousAntiCovid (everyone against Covid).

The old version was launched on June 2 but failed to catch on. President Emmanuel Macron said in a speech on October 14: "I wouldn't say it's a failure; it didn't work."

The application only sent out 472 warning notifications in the five months it was active.

TousAntiCovid is not entirely new but is an update of StopCovid. That means that if you have already downloaded StopCovid, all you need to do is update it and it will become TousAntiCovid.

StopCovid is no longer available.

Just like with the old version, TousAntiCovid works using bluetooth.

The idea is that users activate it when they are out in public. The app will privately and anonymously detail every time it comes within one metre of another active app for longer than 15 minutes.

If a user then marks that they have tested positive for Covid-19, all other users who have been within one metre of that person for more than 15 minutes will receive a warning notification to say they are a contact case.

The aim is to enable contact cases to monitor themselves, to consult a doctor, to get tested or to self-isolate if necessary, in order to break the chain of transmission of the virus.

What is new with the app?

More features will be added to the app over time.

Is it more popular than the first app?

TousAntiCovid has just over 4 million users. However, these include the users who downloaded the first app, StopCovid. So, in reality, the new app has been downloaded around 2 million times since it launched on October 22.

The app has now sent out over 1,100 notifications to contact cases, over double the old app sent in the first 5 months it was available.

However, the new app had a rocky start, as it was hit with technical problems due to too many people trying to download it on the first day.

Too many users impact launch of new French Covid app

Twitter users have reported mixed messages, with some praising it and others still unhappy.

Had to borrow a phone charger today because the new French #TousAntiCovid app was gobbling my battery. Had been running the German one for 6 months without even noticing it. Why can't everyone just copy the German one?

This is the second anti-Covid app the French gov has released (first one was a total fiasco). Most people were unable to activate this one for the first few days, I waited a bit but still couldn't. Then when I launched it again it was in English #TousAntiCovid pic.twitter.com/eeDv4lzN4L

covid-19
coronavirus
application
More from Your Questions
More from Connexion