What does 'vin vivant' mean when referring to wine-making? 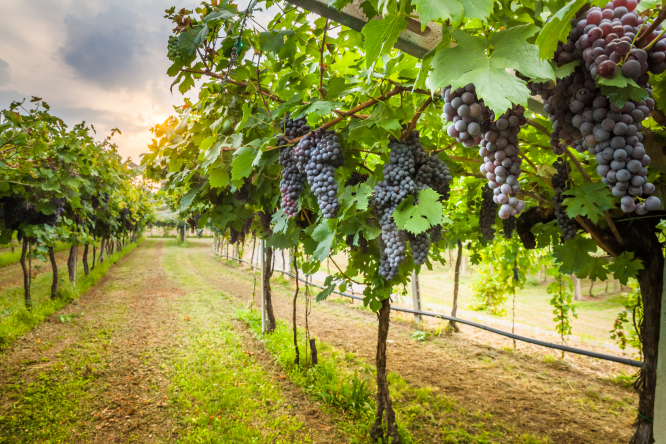 'Vin vivant' (living wine) is a term used by a few wine makers who claim not to use chemicals (or very few) on their vines Pic: Lukasz Szwaj / Shutterstock

Reader question: What is a vin vivant? Is it the same or similar to bio (organic) wine?

Organic refers to agriculture produce and the nonuse of artificial chemical products in favour of traditional and natural alternatives. It requires several years of conversion of the land from conventional agriculture and vetting of adherence to fixed rules by official certification bodies.

Vin vivant (living wine) is a term used by a few wine makers who claim not to use chemicals (or very few) on their vines, and not to add anything (or very little) to the crushed and pressed grapes which they turn into wine.

“The suggestion is that ‘living wines’ give off more energy and vibrations,” he says.

“The idea is that assuming the vine can flourish in soil without artificial chemicals (or very little), in a soil with all its microbes, fungi, worms, various forms of yeasts etc, the grape arrives in the cellar bursting with energy and requires few or no correctives/ improvers/protectors.

“Its vitality is not dampened by massive doses of sulphur, its unique qualities are not reworked by added yeasts, its balance is not modified by the addition of acid or tannins.”

Wine merchant On VI’Nature, from Haute-Savoie, says a vin vivant is not as homogenised and standardised as it says many are today, and it can vary more in its qualities, depending on the vintage.

In short, there is no one official meaning.

Harold Langlais, sales director and associate wine maker at Château Le Puy at Saint-Cibard, Gironde, which makes biodynamic wines (a label recognised as organic) said all wines are living – they all contain bacteria and yeasts, which allow wines to mature. “For me, vin vivant is just not a category and is aimed at people who know nothing about wine,” he said.

He said, however, he is more concerned about a similar term, vin naturel, which typically involves the use of a logo claiming the wine has been made to conditions laid out by the Association des Vins Naturels.

These, in theory, amount to a kind of ‘bio+’, with the wines meant to be made with grapes grown to organic principles plus a strict ban on any additives (apart from small amounts of sulphur), including artificial yeasts, sugar, enzymes or acids, and with the cleaning of all containers done with only hot water and steam.

Mr Langlais said the logo can be used if members of the association say they have stuck to guidelines but he said there is no certification process. Initial discussions for a more formal status for the term at French national certification body Inao were abandoned.

Mr Langlais said vin naturel may be a positive movement where those involved are sincere, but he suspected some opt for it to avoid the “hard route” of official bio certification.

If in doubt, whether for a so-called vin vivant or vin naturel, look for the EU’s organic logo in addition for a more official guarantee of it being made in a ‘natural’ way.

Beaujolais' bid to grow up

vineyard
More from Your Questions
More from Connexion

7 hours ago
4
France: 'Let vaccinated UK people make up own minds on travel'

Solar bins crush rubbish in Nice to end overflowing waste on streets
4 August 2021
More from Your Questions
More from Connexion
Get news, views and information from France
Join the newsletter
Subscribe to The Connexion