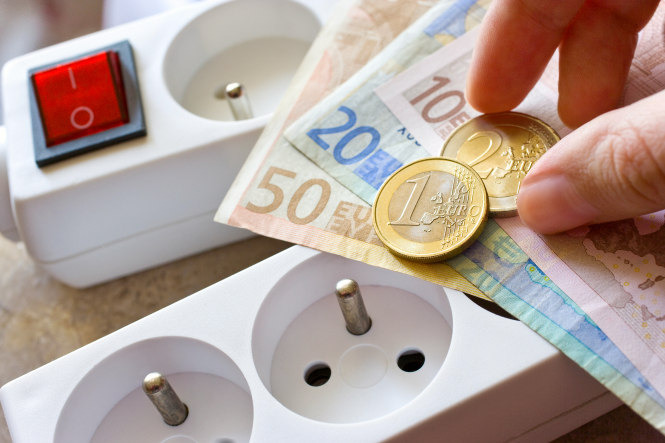 I don’t understand why my electricity bills constantly go up. There are more and more providers and competition so shouldn’t that help the prices go down?

The cost of electricity in France has increased sharply, and nearly one in two 18 to 34-year-olds struggle to pay their bills according to the government information service, Médiateur national de l’énergie.

Energy prices continue to rise for a number of reasons, despite attempts to drive down prices by introducing competition into the market.

Read more: Gas, electricity, petrol: See how your bills are rising in France

Électricité de France and Gaz de France (later Engie) maintained a monopoly over French electricity and gas provision until 2007, when residential customers were able to opt for smaller competitors for the first time.

As the market flooded with offers from around 50 alternative providers, one might have expected that prices would come down. However, in reality tariffs have risen by more than 50% since 2007.

Customers with a high electricity consumption (9 kVA of power over 8,500 kWh of use) have seen average prices rise from €522 to €981, at a rate climbing three times faster than that of inflation.

Between 2015 and 2017, alternative suppliers were able to offer tariffs that were 15% cheaper than the government-regulated rates applied by EDF. Since then the potential saving has stuck at 6-7%.

However, the opening of the market is not to blame for price rises according to Dominique Jamme, managing director of the Commission de régulation de l’énergie (CRE).

What has caused the price increase?

Until 2016, the growth in energy rates was in large part due to changes in the taxes applied to bills.

The contribution tarifaire d’acheminement (CTA), which goes towards the pension of those employed by electricity providers, has risen by 38% since its creation in 2005.

Consumers also have to pay VAT, as well as a third tax, the contribution au service public de l’électricité (CSPE), introduced in 2003.

In recent years, CSPE has been used to fund the development of renewable energy sources, which has proved costly.

This prompted the government to cap the amount that could be charged under CSPE, but in 2020 this tax still accounted for €8.4billion of the total amount paid in electricity bills.

While CTA, VAT and CSPE form one third of electricity tariff rates, the second third is made up of a tarif d’utilisation du réseau public d’électricité (Turpe), which goes up by about €15 per year.

Therefore, competing electricity suppliers can only really offer savings on the final third of a consumer’s bill, which concerns the cost of electricity provision itself.

Even this is impacted by hidden charges such as the cost of certificats d’économie d’énergie, which providers must fund and which has been increasing in recent years.

A false sense of competition

An accès régulé à l’électricité nucléaire (regulated access to nuclear electricity or Arenh) was introduced for all providers by the 2011 ‘Nome’ law.

This means that alternative suppliers do not have unlimited access to nuclear energy; they can buy up to 25% of all nuclear production (100 TWh) from EDF at €42 per MWh.

If they need more electricity than this quota can provide, they must rely on the constantly shifting state of the wider market.

In 2021, smaller companies have ordered 146 TWh of nuclear electricity, 46 of which they have had to buy from the wider market at a rate of €65/MWh.

This increased outlay has had a knock-on effect on tariffs, which will only continue to rise if the market price climbs – as predicted – to €78/MWh in 2022.

The CRE is considering increasing the Arenh tariff to €48/MWh. However, it also hopes to allow alternative suppliers to access up to 150 TWh, a move which would better protect customers from the fluctuations of the market.

The cost of raw materials is rising

The price of oil, gas and coal is going up, and as we move into winter and demand increases, more countries will need to depend on these materials to maintain their electricity supply.

In addition, for every tonne of CO2 emitted by fossil fuel power stations, producers must pay a fee under the European Union Emissions Trading System. This fee has risen from €10 per tonne in 2018 to €50 per tonne in 2021.

The more that people in France opt for alternative suppliers, the less easy it is for these companies to access nuclear energy as a result of the quotas in place. This means that they have to resort to fossil fuels, pay the EU carbon tax and put their prices up.

How can I keep my electricity bills down?

Be wary of cold callers and remember that you can always cancel a new contract up to 14 days after signing it.

Customers will be able to view the way that their tariff will fluctuate for each hour of the following day, allowing them in some cases to choose when they use electricity to avoid peak times and higher prices. This might be useful for people who charge their electric vehicles overnight.

Reducing the temperature by just one degree can save you up to 7% on your bill, according to Alain Bazot, the president of consumer group UFC-Que Choisir.

Read more: ‘We changed our French electricity supplier and saved €1,000 a year’

Three million homes face gas bill rises of up to 12.6% in France