Free concert tickets for subscribers to our newsletter 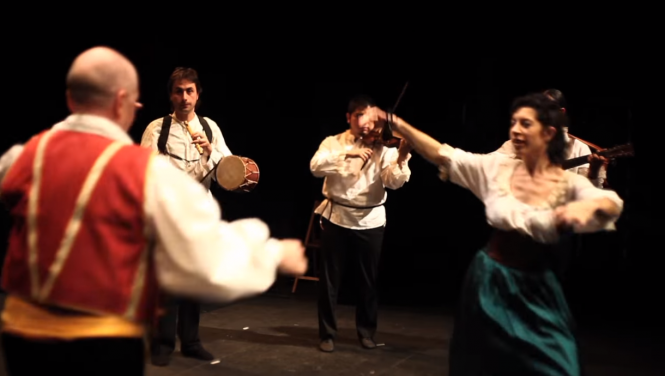 The Connexion has five pairs of tickets to concerts at the Itinéraire Baroque festival in the Dordogne later this month.

The festival of baroque music has been a popular attraction in the Périgord Vert since it was founded in 2002 - and, in its 17th year, it has offered the free tickets for two of its concerts on Friday, July 27 to Connexion readers who have subscribed to our twice-weekly newsletter.

Tickets, worth €30 for the pair, will be assigned on a first-come, first-served basis.

The celebrations on July 27 begin at 12noon, at the historic Église Abbatiale de Cercles, a few kilometres from Ribérac and which dates back to the 12th century, with a performance of some of Vivaldi's best-loved pieces. We have two pairs of tickets for this event.

And we have a further three pairs of tickets to a second event at the same venue at 4.30pm, celebrating music and dances in period costumes from the Iberian Peninsula, featuring performances from the playbook of 18th-century baroque dance master Pierre Rameau and choreographer Raoul-Auger Feuillet.

The tickets are available to subscribers to our newsletter who email contact@connexionfrance.com to express their interest by no later than midnight on July 20.

We will contact the lucky subscribers who have won the free tickets directly - and the tickets will be left for them to pick up on the door of the venue on the day of the concert.

Signing up for the newsletter is straightforward and free. Simply click on this link and enter your email address. It takes just a few moments and we will not release your details to any third parties.

Connexion sends out its informative newsletters at lunchtime every Tuesday and Friday. We will also send you occasional emails sponsored by trusted partners who organise events or offers for English-speakers in France or with a link to news developments.